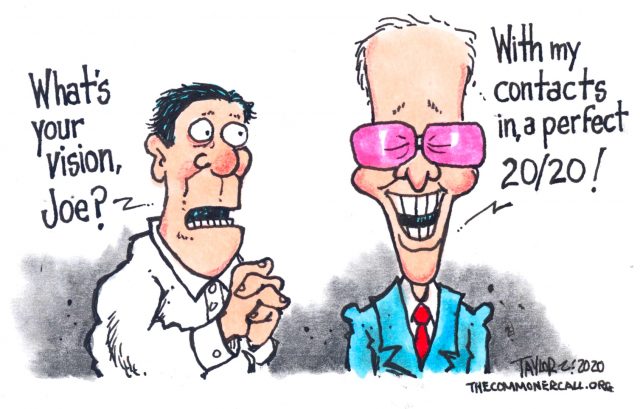 No doubt, Facebook is one of the oddest gathering spots to be found in modern American culture. While some of the postings popping into your day can be entertaining, amusingly distracting, sometimes informative and frequently obtuse, the political flow of Facebook postings rises and falls with the tides and gurglings of the political moment with varying degrees of sanity and inanity.

Occasionally, there can be informative and even constructive political dialog on the various ‘progressive’ Facebook pages I follow on a regular basis. Too often, not so much.

Since Bernie Sanders stepped out of the race for the nomination and gave a bear hug of an endorsement embrace to his “good friend” Joe Biden, the friction on progressive pages has become — shall we say — contentious. Many immediately threw in with Biden using the boilerplate reasoning of “any blue will do” mantra.

Others lay out a coldly pragmatic “yes-I-know-he’s-a-jerk-but” logic for supporting Biden with the hopes that maybe, somehow — should the stars align and the planet reverse rotation — a Biden administration might be persuadable on a few peripheral progressive issues. What exactly those issues might be for a candidate who deservedly earned the nickname ‘The Senator From MBNA” (that’s a bank) and promised his big-money Wall Street backers “that nothing will fundamentally change” is unclear. And, on top of that, Biden has promised — in the midst of a deadly pandemic with millions losing their employer-based health insurance — that should a signature progressive Medicare For All bill ever manage to make it to his desk he would smother it dead with a veto.

Others simply declare: “I’m a democrat and Biden will be the nominee. Shut up and vote for him, too.”

I don’t fall into any of those categories and have been on the receiving end of a lot of push-back. Now, I know the arguments for voting for Biden — and can even list the reasons. And if someone feels they need to accept this Hobson’s choice, okay, I can respect that. It’s your vote after all. 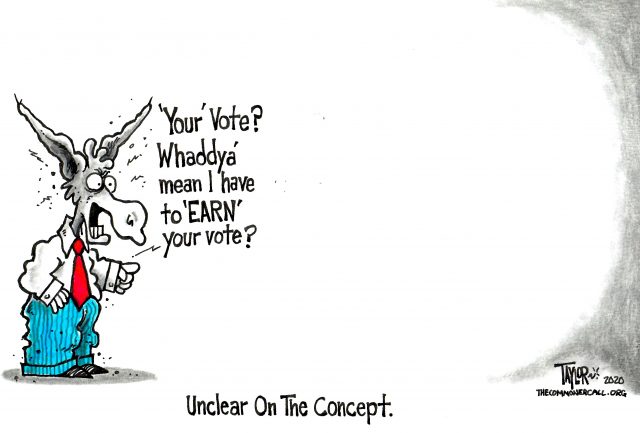 A ‘sunshine patriot’ is one who is patriotic when things are going well; when supporting patriotic principles is free of risk. To stand up in the midst of war fever and oppose a war like the Cheney-Bush Iraq War is true patriotism.

Well, what we are finding in this critical election season — at this existential passage — is that many are “sunshine progressives”. When Bernie Sanders was surging in the polls and drawing huge crowds it was easy to be a progressive. But the moment he stepped down and endorsed Biden — without gaining any concessions from the corporate democratic machine — and labeled any supporter who didn’t obediently scamper with him back into the DNC burrow “irresponsible”, sunshine progressives somehow found it palatable to sip from the foul DNC wine cave menu.

Well, you can imagine how not falling into line behind Sander’s abdication has gone over. People got pissed. Are still pissed. It was no longer easy to be a progressive. In fact, holding to progressive values, principles and goals is vilified and called all sorts of names. And I get it. I really do: Trump is a monster.

But what sunshine progressives are choosing to ignore is the fact that Trump is “A” problem and he spins our lots of other problems, but he is not “THE” problem. “THE” problem is the system that burps up horrible candidates like Trump and Biden, sticking us with the losing “lesser of two evils” choice we have been facing for the past 40 years. Some of us are saying: Enough.

Now, I know all the arguments against my position and even have a certain sympathy — I mean, hell, I fell for them myself in many elections over the past 40 years. Explaining all this brings a range of response. Some Facebook folks are open to respectful debate, but — more often than not — I am accused of supporting Trump, or being a troll, or a Russian bot, or stupid, or an idiot; the usual online body noises.

But I have found one sure way to stop the abuse. I ask a simple question:

“Setting aside the belief that Joe Biden can defeat Donald Trump, can you give me five specific progressive policy proposals or positions that Joe Biden clearly stands for which give a compelling reason to vote for Joe Biden, instead of merely against Trump?”

I have posed versions of this simple, direct question about ten times and — to date — have received exactly zero response. Nada. None of the sunshine progressives could answer that simple question. I admit, it’s a tough question. I asked myself and that’s why I won’t be voting for Biden, yet these folks are demanding lemming-like compliance with Bernie’s order.

Hell, even Bernie can’t answer the question. All he can talk about is how bad Trump is.

One thing for sure

One truism in politics: People are more strongly motivated to vote for a candidate rather than just against another candidate. There’s little passion to be found in just being against something. That’s why Bernie drew such enthusiasm and was able to fund two national campaigns on small donations: There were reasons to be for Bernie.

Obama’s 2008 campaign and election also proves the point. After eight dark years of G.W. Bush, Obama’s assertive message of “Hope & Change” energized not just democrats but independents and even many Republicans to work hard for his election. Unfortunately, we were to find Obama meant almost nothing of his message and thereby laid the ground for disillusion and a third-rate reality television hack to become leader of the ‘free’ world.

If sunshine patriots want to fall in behind Joe Biden, I get it. But what they need to get is if they want to convince others to get up and go to the polls, or go through the hassle of getting a paper ballot to vote for Biden, they need to be able to give a strong, convincing answer to the simple question I asked. The fact that they can’t says everything you need to know about their new chosen candidate.

And if Joe Biden does not win that is not the fault of progressives. That is the fault of him not making it possible for his supporters to answer the most basic of questions to be asked of a candidate’s advocate.

It’s time for progressives to grow a backbone because the challenges ahead are dire and neither corporate party will bring relief. Time for us to address “THE” problem.

(Commoner Call column and cartoons by Mark L. Taylor, 2020. Open source and free for non-derivative use with link to www.thecommonercall.org )