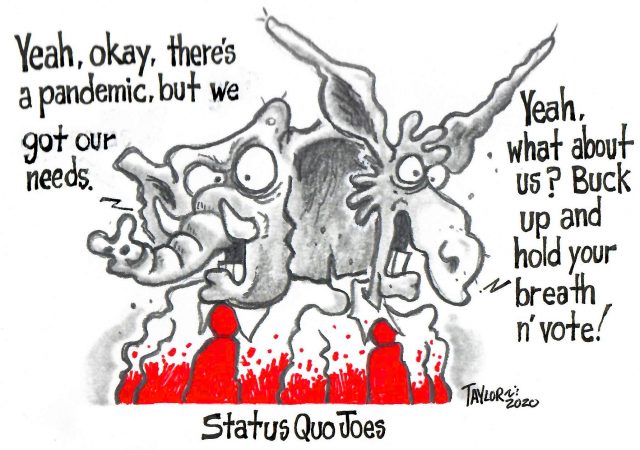 WASHINGTON — According to multiple sources involved in the process, Joe Biden’s and Bernie Sanders’ teams have been having ongoing conversations since early March, especially once Biden took a more significant delegate lead after Michigan’s presidential primary.

Those conversations began initially over process issues – especially about how the campaigns should handle the Arizona debate, which ultimately moved to Washington over the Coronavirus. But lines of communication were then established and conversations continued at a big picture level over how to unite the party and bring this to a conclusion.

President Obama was part of those discussions — he spoke with both Biden and Sanders multiple times over the past month.

Ultimately, they planned out the choreography that’s beginning to unfold. But as one source put it, “the dates kept slipping” — in part because Sanders, a member of Democratic leadership in the Senate, was dealing with the congressional response to the coronavirus pandemic.

The sides agreed that Tuesday’s Wisconsin primary was an important benchmark — as a Sanders advisor put it, they have been trying to land the plane for some time, but “Wisconsin gave us a natural exit ramp.”

Though Wisconsin’s results would take days to come in, the Sanders team nonetheless knew the trajectory of the race was not changing no matter what the outcome. But he would stay in the race in part to help continue driving Democratic turnout for a state Supreme Court election that was a priority for local Democrats.

Biden’s campaign also made clear that they were eager for that specific date to hold firm, and they were prepared, if it did not, to shift their public rhetoric ever so slightly to turn the heat up for Sanders to take steps to begin uniting the party.

Obama especially emphasized that in his conversations with Sanders, another source involved with the process told NBC.  But Obama, and Biden as he has said publicly, never once themselves told Sanders to drop out.

Biden’s team had announced Wednesday’s virtual town hall meeting” on unemployment and issues facing working families knowing the timeline in place. That will be Biden’s first opportunity to publicly thank Sanders for moving to unite the party.

Asked about contacts between the Biden and Sanders campaigns, a Biden aide told NBC:

“The two campaigns continue to be engaged on a range of topics that will build on the former Vice President’s existing policy proposals and look forward to furthering our shared goals to move the country forward.  We look forward to sharing  more on that front in the near future.”