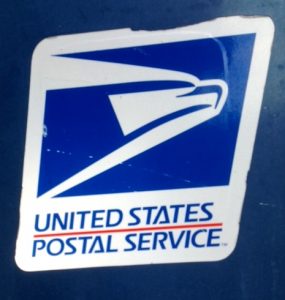 [Editor’s Note: Hmm, a handy way to kill off safer voting by mail? Surely Trump wouldn’t kill off our Postal Service for personal gain, right? Time for dems to kick some kind of real opposition into gear! — Mark L. Taylor]

Among the most prominent victims of the coronavirus financial crisis is the United States Postal Service, which could quite literally run out of money to operate if the federal government does not approve a rescue package for it soon. The Trump administration—which, like much of the GOP, has long advocated for cutbacks and privatization of the postal service—actively prevented the USPS from being bailed out in the CARES Act, even as Donald Trump has made a show of publicly thanking Fedex and UPS for their work. Not very subtle.

Fifty years ago last month, U.S. postal workers staged an unprecedented and historic eight-day strike, backing down the Nixon administration and winning the right to collective bargaining. A half century later, Mark Dimondstein, the leader of the 200,000-strong American Postal Workers Union, says that the Trump administration is using today’s crisis as an opportunity to destroy the postal service as a public entity once and for all. In These Times spoke to Dimondstein about the existential peril facing postal workers, and what they plan to do about it.

What specifically are you asking for from Congress right now?

Mark Dimondstein: The pandemic is having a huge economic impact on mail. The Post Office is not taxpayer funded, so it normally runs on revenue from postage and services. And if 40 to 50% of that dries up in this pandemic—which is what looks like it’s happening, in a very quick and precipitous way—then that money has to be made up. So the Postal Board of Governors is asking for $25 billion for relief, and another $25 billion for modernization, which gives them money to modernize the fleet. This is a relief for every single person in the country. It’s not a relief for a private entity.

We had bipartisan support for some real relief [in the CARES Act], and it was actually stopped by Secretary of the Treasury Mnuchin, representing this administration.

What do you think is the source of the Republican hostility towards rescuing the Post Office?

Dimondstein: I think it’s pretty straightforward. In June of 2018, an Office of Management and Budget report—that’s the White House—openly called for an opportunity to sell off the Post Office to private corporations. Their agenda is to enrich a few of their private sector friends at the expense of the people of our country.

What makes it even more shameful is, we have massive unemployment at a rate that’s never been seen, even during the Great Depression of the 1930s. And there are 600,000 good, living-wage jobs in the Post Office. That they would dare come after these jobs makes it much more shameful.

The underlying thing is, they’re coming after a right of the people. If the Post Office is privatized and sold off to private corporations, then who gets mail will depend on who we are, where we live, and how much it would cost.

How urgent is the situation at the Post Office right now? If the rescue package doesn’t happen, when could people start seeing an impact on their mail?

Are you afraid that they might try to come after your collective bargaining rights as some sort of tradeoff?

Dimondstein: The presidential task force that Mnuchin headed up actually called for an end to our collective bargaining rights. So that’s on their agenda too. Since 2010, our workers made great sacrifices, and made huge concessions worth billions and billions of dollars a year to the Post Office. So we’ll vigorously oppose any effort to tie any strings to it—no strings should be tied to anything that happened Covid-related.

You’ve got postal workers on the front lines, doing essential work. We’ve had over 30 postal workers die from the coronavirus. Thousands have been sick, thousands more have been quarantined. And they’re gonna talk about coming after our wages and benefits? No way. …