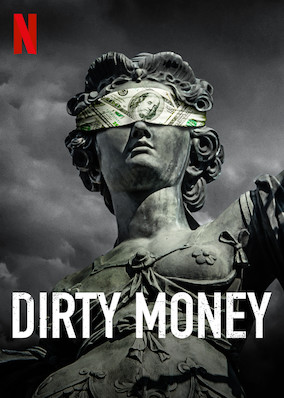 The second season of the docuseries about business gone bad broadly covers capitalism run amok, and examines the boundaries companies are willing to cross in the name of turning a profit.

In 2006, at the age of 25, Jared Kushner purchased the storied weekly newspaper The New York Observer (now a digital-only publication known as Observer). Over the next few years, he used the media property to elevate his social standing in New York’s elite circles. At the same time, he oversaw his family firm’s disastrous acquisition of the (incredibly named) 666 Fifth Avenue for a record price of $1.8 billion in 2007 at the height of the pre-recession real-estate bubble. As his father-in-law, Donald J. Trump, ascended to the highest office in the country in January 2017, Kushner used his newly gained status as a senior advisor to the president (in charge of seemingly everything from tech policy to brokering a peace deal in the Middle East) and influence to try and solve his family’s business troubles.

This is all covered in “Slumlord Millionaire,” the third episode of the second season of Netflix’s hit documentary series Dirty Money, which broadly covers capitalism run amok—and the boundaries that companies are willing to cross in the name of turning a profit. …

An anti-Trump conservative group is taking aim at the president’s “grifter” children in a new series of television ads.

The Lincoln Project, an activist group of anti-Trump conservatives, is launching a new ad campaign ahead of the 2020 election showing how President Donald Trump’s adult children are financially benefitting from their father serving in the White House, reported the Huffington Post.

A voiceover intended to sound like Ivanka Trump brags that her “daddy being president is the best thing ever” in the first ad, which was released Friday. …

Read The Rest And 30-Second Ad