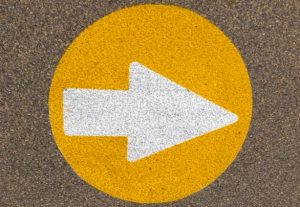 This pandemic, and the accompanying economic downturn, are a turning point.

Today’s big news came from Politico writer Betsy Woodruff Swan, who broke the story that the Department of Justice has quietly asked Congress for dramatic new powers during emergencies… emergencies like the coronavirus pandemic. She has reviewed documents from the DOJ asking Congress to give top judges the power to pause court proceedings during emergencies. This would include “any statutes or rules of procedure otherwise affecting pre-arrest, post-arrest, pre-trial, trial, and post-trial procedures in criminal and juvenile proceedings and all civil process and proceedings.”

The executive director of the National Association of Criminal Defense Lawyers, Norman L. Reimer, explained that this “means you could be arrested and never brought before a judge until they decide that the emergency or the civil disobedience is over. I find it absolutely terrifying,” he said. “Especially in a time of emergency, we should be very careful about granting new powers to the government.”

The House of Representatives, controlled by Democrats, is extremely unlikely to pass any such measures, and Mike Lee, a libertarian-leaning Republican Senator from Utah, tweeted in all caps: “OVER MY DEAD BODY.” (This prompted reminders that he had voted to acquit Trump during the impeachment trial and thus keep him in office, so, as one tweet read: “If this happens you own it.”)

Lee demanded that Trump disown the idea– he did not– and the DOJ declined to comment on the story, so it may be a trial balloon, inaccurate, or even false.

Atty. Gen. William Barr, a leading member of this administration, has asked for the ability to arrest and imprison people without trial, for to preserve a hierarchy under these conditions will require an extraordinary assumption of power to suppress dissent.

But it has gotten attention because it dovetails with recent stories that suggest those currently in power feel it is their right, and maybe their duty, to run the country in their own interest, ignoring– or suppressing– dissent.

In the last two days, we learned that the administration and Republican members of Congress heard dire warnings about the coming coronavirus and continued to lie to the American people, telling us the Democrats trying to alert us were simply bent on undermining Trump.

We also learned that Trump has refused to use the Defense Production Act, passed under President Harry S. Truman, who used it during the Korean War. This law would enable Trump to demand that American industries produce the medical equipment we currently need so badly. Business leaders say the invoking the law isn’t necessary, and Trump claims they are volunteering to produce what the nation needs in a public-private partnership. Currently there is such a critical shortage of medical equipment that some hospitals are asking people to sew basic masks at home, but today Trump announced that the clothing manufacturer Hanes is retrofitting factories to make masks; it has joined a consortium that is expected to produce 5-6 million masks weekly.

These two stories reveal the same ideology that would underlay a law permitting arrest and imprisonment without trial: that society works best when it defers to a few special people who have access to information, resources, and power. Those people, in turn, use their power to direct the lives of the rest of us in larger patterns whose benefit we cannot necessarily see. We might think we need medical supplies but, in this worldview, using the government to force individual companies to make those supplies would hurt us in the long run. This ideology argues that we are better off leaving the decisions about producing medical supplies to business leaders. Similarly, we need leaders to run our economy and government, trusting that they will lead us, as a society, toward progress.

But there is another way to look at the world, one that is at the heart of American society. That ideology says that society works best if everyone has equal access to information and resources, and has an equal say in government. In this worldview, innovation and production come from people across society, ordinary people as well as elites, and society can overcome challenges much more effectively with a multiplicity of voices than with only a few who tend to share the same perspective. To guarantee equal access to information, resources, and government, we all must have equality before the law, including the right to liberty unless we have been charged with a crime.

For decades, now, America has increasingly moved toward the idea that a few people should consolidate wealth and power with the idea that they will most effectively use it to move America in a good direction. But the novel coronavirus pandemic has undercut the idea that a few leaders can run society most effectively. The administration’s response to this heavy challenge has been poor. And now we know that the very people who were publicly downplaying the severity of the coronavirus were told by our intelligence agencies that it was very bad indeed, and they were sharing that information with a few, favored individuals. Their leadership will literally, and quite immediately, cost a number of our lives.

The move to crush dissent

But even as those embracing the idea of a hierarchical society have fallen down on the job, ordinary Americans are stepping up and demonstrating the power of the other worldview. State governors—Gavin Newsom of California, J.B. Pritzker of Illinois, Jay Inslee of Washington, Andy Beshear of Kentucky, Gretchen Whitmer of Michigan, David Ige of Hawaii, Tom Wolf of Pennsylvania, Andrew Cuomo of New York, and Mike DeWine of Ohio—have distinguished themselves. (I’m sure I’ve forgotten some; please add them in the comments.) Not just governors, but also mayors and city councils have stepped up to the plate. So have business leaders and unions, figuring out ways to work from home and to pay workers whose jobs suddenly disappeared. Teachers have moved their classes on-line overnight; National Guard troops are delivering necessary supplies. Ordinary people all over the country are helping each other however they can.

And then there are the health care workers. What they are doing, leaping into the breach to save us all, despite their dire lack of protective gear, is heroic.

This pandemic, and the accompanying economic downturn, are a turning point. Just as Americans have done in other crises in our history, we are rediscovering that our greatest strength is not in how rich and powerful we can make a few, but rather in all of us, working together. It strikes me as no accident that it is at this moment a report has surfaced that Attorney General William Barr, a leading member of this administration, has asked for the ability to arrest and imprison people without trial, for to preserve a hierarchy under these conditions will require an extraordinary assumption of power to suppress dissent.