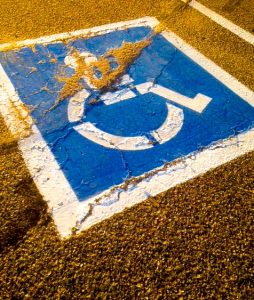 “They’re having really cheap flights right now and so I’m thinking, what the heck, I might just go some place.”

Melissa Rosio grabbed a disinfectant wipe and ran it over the handle of her shopping cart. Coronavirus? The 31-year-old shook her head.

“I see how people don’t wash their hands when they leave the bathroom. That grosses me out,” she said.

“I think coronavirus is being blown out of proportion. It’s just like any other flu. It’s attacking the elders and people that have other health issues going on. It’s taking an impact on them versus the healthy 30-year-olds that takes care of themselves.”

Rosio is not alone in rural northern Wisconsin, in her view that too much fuss is being made about the global pandemic that is creeping ever closer, even as the president declared a state of emergency.

“I’m a little bit bothered because my dad is not one to go to the doctor and my grandpa, he’s going through chemo right now,” she said. “I don’t shake hands with people. I work in human resources so when I do interviews I do the elbow bump. But I think some people are making too much of it. I guess we’ll see what happens.”

What might be regarded as admirable calm or reckless nonchalance appears to be reflected among some local officials. Wisconsin has 19 confirmed coronavirus cases, up from just one a week ago. The governor has declared a health emergency and ordered the closure of all schools.

But in Forest county, on Wisconsin’s northern border, the health department makes no mention of the virus on its website and has no notices at its offices. Its most recent public health alert is for eastern equine encephalitis and the front of its website features an appeal for drivers to take drinkers home from bars in order to cut road deaths.

On Friday, the staff said the health director was having the day off and preparing to go away for the weekend.

The office of the mayor of Crandon, the Forest county seat of about 1,900 people, said he was in Florida for two weeks. …