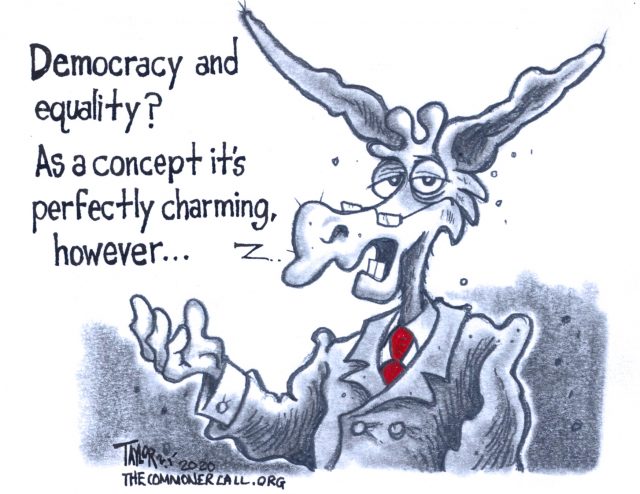 “The “normal” constitutional and electoral paths of “resistance” are a complete fail. The system is a ruling class-imposed travesty, delivering us to tragedy on a mass scale.

“Actual leftists need to take advantage of this. This is what we have been saying. The major party ballot box is the coffin of class consciousness. The Sanders thing and indeed social democratic politics in the U.S. are over: trade in your ballot for a yellow vest.

“The bourgeoisie will not be unseated – as it needs to be for humanity to survive – through the existing constitutional and electoral channels. It just won’t. The U.S. party and elections system broadly understood (to include the media, among other things) is owned and managed by and for the capitalist elite — and that elite doesn’t want anything to do with even mild social democracy or environmental sanity, even if both are required for human survival.

“We will not get rid of that elite at the ballot box. I wish we could, but we can’t, and we won’t. Sorry. There’s no electoral politics Santa Claus, not even an Easter Bunny/Bernie.”