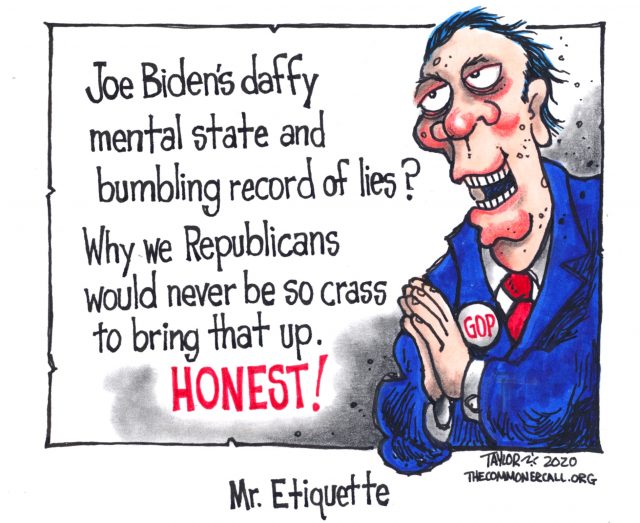 But not to worry, surely those nice Republicans would never, ever stoop to using such a disgraceful line of attack in a campaign! Right?

And Surely, The Republicans Would Never Bring  Up Biden’s Serial Lying. Right?

The evidence is in: Joe Biden has a habit of making things up. And it’s not just wrong — it could hurt him in a general election contest against Donald Trump. According to The Intercept’s, if you think the guy who made up getting arrested in South Africa, who falsely claimed to have marched in the civil rights movement, is the “safe” candidate against Trump, then you’re lying to yourself.