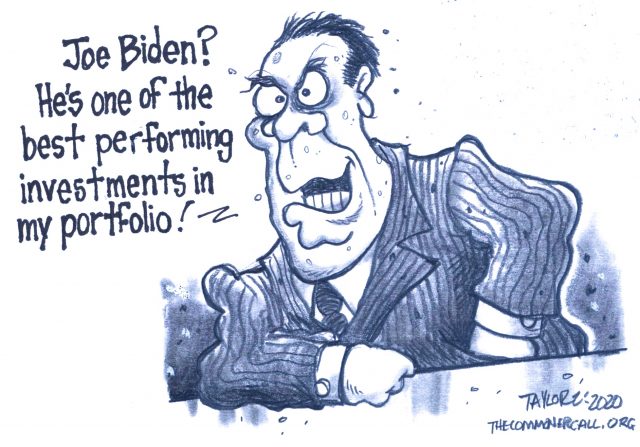 “I hope if I win this nomination, I won’t let you down. I promise you.”

Former Vice President Joe Biden assured rich donors at a ritzy New York fundraiser that “nothing would fundamentally change” if he is elected.

Biden told donors at an event at the Carlyle Hotel in Manhattan on Tuesday evening that he would not “demonize” the rich and promised that “no one’s standard of living will change, nothing would fundamentally change,” Bloomberg News reported.

Biden’s assurance to donors in New York came shortly after his appearance at the Poor People’s Campaign Presidential Forum in Washington on Monday.

Biden said that poverty was “the one thing that can bring this country down” and listed several new programs to help the poor that he would fund if elected.

“We have all the money we need to do it,” he said.

But speaking to wealthy donors in New York, Biden appeared to suggest that his plan would not involve big tax hikes on the rich.

“I mean, we may not want to demonize anybody who has made money,” he said. “The truth of the matter is, you all, you all know, you all know in your gut what has to be done. We can disagree in the margins but the truth of the matter is it’s all within our wheelhouse and nobody has to be punished. No one’s standard of living will change, nothing would fundamentally change.”

Biden went on to say that the rich should not be blamed for income inequality, pleading to the donors, “I need you very badly.”