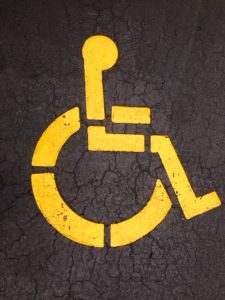 Everyone should think about what they would need to care for sick family members at home.

So far, there are a few dozen confirmed cases of COVID-19, the disease caused by the new coronavirus, in the United States.

Ehresmann said Monday that the state is well prepared to identify cases quickly and isolate them. But if cases are widespread, it’s likely that schools, churches and other public meeting spaces would be closed.

“When we talk about shutting things down, we look at how can we use that strategy effectively to slow down the spread of the disease so that we can manage it better,” she said.

Ehresmann said slowing the spread of a fast-moving virus can be critical to helping manage it. The World Health Organization has praised China for shutting down communities in an effort to slow the virus.

She explained why the speed with which the virus spreads is important: “Because if you have a really steep acceleration of new cases of disease, that has the potential to overwhelm your health care system.”

Ehresmann said health officials are concerned about adequate supplies for hospitals in the event of a pandemic. Many hospitals are already handling a lot of patients from a busy influenza season, she said.

Osterholm, director of the university’s Center for Infectious Disease Research and Policy, said people should plan for the worst. …

Link To Story And 3+-Minute Audio

Americans should prepare themselves for “significant disruption in their daily lives.”

Public health experts on Tuesday began publicly discussing the coronavirus as a disease which is expected to spread across much of the world population, including throughout the United States.

The CDC issued a warning Tuesday that it expects the illness to spread in the U.S. and that Americans should prepare themselves for “significant disruption in their daily lives.”

“Ultimately we expect we will see community spread in the United States,” Nancy Messonnier, director of the National Center for Immunization and Respiratory Diseases at the CDC told reporters. “It’s not a question of if this will happen but when this will happen and how many people in this country will have severe illnesses. We are asking the American public to prepare for the expectation that this might be bad.”

Not a question of “if”

“It’s not a question of if this will happen but when this will happen and how many people in this country will have severe illnesses. We are asking the American public to prepare for the expectation that this might be bad.”

The warning came a day after The Atlantic published an article in which one scientist at Harvard University said Monday that containing coronavirus—which is officially known as COVID-19 and has infected more than 80,000 people and killed nearly 3,000 since it originated in Wuhan, China in December—may not be possible.

Although medical teams in China, Iran, Italy, and other countries where the virus has spread have worked for weeks to identify people with the respiratory illness, quarantine them, and stop them from spreading it to family members and friends, the virus could ultimately infect between 40 and 70% of the world population by the end of the year.

“I think the likely outcome is that it will ultimately not be containable,” Marc Lipsitch, an epidemiologist, told The Atlantic.

Lipsitch emphasized that the disease is expected to spread in part because mild cases won’t prevent people from going about their daily business, making it likely that they’ll spread it. As with the current reported cases, many are expected to be asymptomatic.

The infection of up to 70% of humanity would still mean the likely deaths of millions of people, however, as Nils Gilman of the Berggruen Institute, an independent think tank, tweeted.

Thirty five COVID-19 cases have been reported in the U.S. as of Tuesday. Lipsitch estimated to The Atlantic that between 100 and 200 people in the country could actually be infected.

“That’s all it would take to seed the disease widely,” he told the outlet. “The rate of spread would depend on how contagious the disease is in milder cases.”

The CDC plans to begin working with public health laboratories to screen people in Los Angeles, San Francisco, Seattle, Chicago, and New York City, according to The Hill.

Meanwhile, climate campaigners linked the rapid and likely persistent spread of COVID-19 and other infectious diseases to the climate crisis and the heating of the planet.

“A warming climate will exacerbate the emergence of other novel infectious diseases in the future,” wrote Wendell Chan, program officer for Friends of the Earth, in the South China Morning Post on Monday. “Rising global temperatures will shorten winter seasons—in 2019, Hong Kong experienced only three days when temperatures dropped to 12 degrees Celsius or below. Certain infectious diseases like dengue and malaria thrive better in warm temperatures.”

“So long as people live close together and global travel is easy, disease outbreaks are unavoidable,” Chan wrote. “The emergence and re-emergence of infectious disease is, however, just one of the many health risks that climate change will bring about.”

(Our work is licensed under a Creative Commons Attribution-Share Alike 3.0 License. Feel free to republish and share widely.)
Link To Story
*****

What Is Coronavirus & What Should I Do If I Have Symptoms?