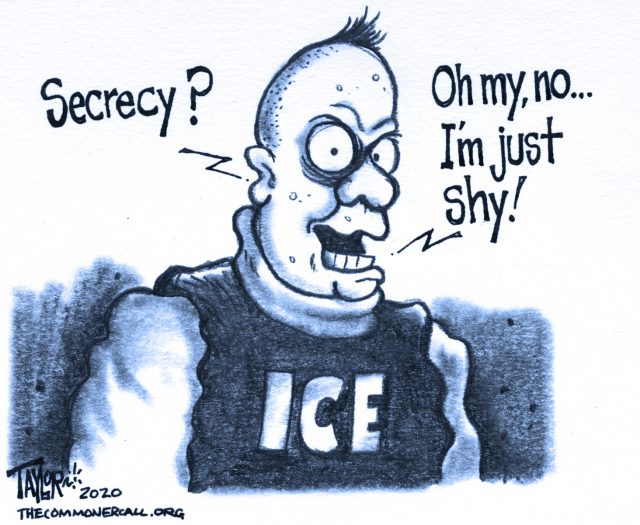 Among the norms straining to govern our top law enforcement agencies are the basic presumptions of openness safeguarded by measures like the Freedom of Information Act. Customs and Border Patrol (CBP), for instance, was required to disclose its operations, salaries, and staffing — much like any local police department. But under the Trump Administration, it has aspired to greater secrecy. The Daily Beast’s Betsy Swan has reported on efforts by Immigration and Customs Enforcement (ICE) and CBP to join the “intelligence community,” which is made up of agencies that use wide-ranging powers to surveil, detain, and inquire, without the risk of the public finding out. (Usually.)

The CBP was rebuffed in its effort to join the “intel community,” but it has nonetheless acquired new secrecy protections. Earlier this month, Ken Klippenstein, DC correspondent for The Nation, reported on a leaked memo, signed by CBP’s acting director, that indicated that the agency had been re-designated as a “security agency,” bumping itself up to a whole new echelon, with privileges regarding transparency. In this segment, Brooke and Klippenstein discuss how that decision came to pass, and what it means for the reporters attempting to cover immigration policy and enforcement in the Trump era.

Link To Story and 6-Minute Audio

(Commoner Call cartoon by Mark L. Taylor, 2020. Open source and fee for non-derivative use with link to www.thecommonercall.org )

An asylum-seeking migrant girl is separated from her family at the border and enters U.S. custody at 10 years old. Now, she’s 17 and still in a shelter, even though her family is ready to take her in. They just can’t find her. They turn to reporter Aura Bogado for help.