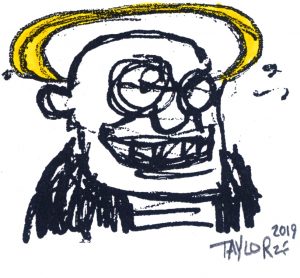 A Rhode Island priest who sought to ban pro-choice lawmakers from receiving communion has suggested abortion is worse than child abuse.

“We are not talking about any other moral issue, where some may make it a comparison between pedophilia and abortion,” the Rev Richard Bucci told local TV station WJAR. “Pedophilia doesn’t kill anyone and this does.”

The priest made headlines last week after posting a list of 44 state lawmakers who would be barred from communion because of their support for reproductive rights.

“When he says that pedophilia doesn’t kill people, well, he clearly doesn’t understand. He should’ve come to the statehouse and listened to the testimonies because there are lot of victims who are no longer with us.”

Citing “2,000 years” of Catholic teachings, Bucci also barred the officials from witnessing marriages, reading during funerals and serving as godparents.

Adam Satchell, a Democratic state senator, told WJAR he had learned of his inclusion on the list and was concerned about a request to be godfather to his niece.

“My wife was excited,” he said. “It was going to be her first godchild, and now we can’t.”

The Democratic state representative Carol Hagan McEntee alleged she was asked to leave a relative’s funeral and banned from delivering the eulogy by Bucci. …