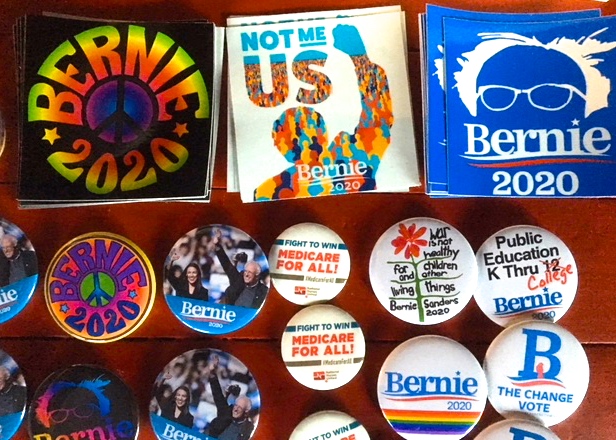 Sen. Bernie Sanders on Monday called “outrageous and un-American” the reality that residents of the small city of Coffeyville, Kansas—and people across the United States—are being arrested and jailed for their inability to pay off outstanding medical debt.

On Sunday, CBS News reported on the story of Tres and Heather Biggs, a married couple from Coffeyville whose son Lane was diagnosed with leukemia at the age of five. Heather was simultaneously suffering from seizures caused by Lyme disease.

“Tres Biggs was working two jobs but they fell behind on their medical bills, then the unthinkable happened,” CBS reported. “Tres Biggs went to jail for failing to appear in court for unpaid medical bills.”

“The judge has no law degree, debt collectors get a cut of the bail, and Americans are watching their lives—and liberty—disappear in the pursuit of medical debt collection.”

Tres told CBS in an interview that he was “scared to death” when he was arrested for the first time over unpaid medical debt in 2008.

The Biggs family’s story is far from unique. ProPublica‘s Lizzie Presser reported last October that Coffeyville is a city where “the judge has no law degree, debt collectors get a cut of the bail, and Americans are watching their lives—and liberty—disappear in the pursuit of medical debt collection.”

“I spent several weeks this summer in Coffeyville, reviewing court files, talking to dozens of patients and interviewing those who had sued them,” wrote Presser. “Though the district does not track how many of these cases end in arrest, I found more than 30 warrants issued against medical debt defendants. At least 11 people were jailed in the past year alone.”

The ACLU told CBS on Monday that what is happening in Coffeyville “raises serious constitutional concerns.”

“What’s happening here is a jailhouse shake-down for cash that is the criminalization of private debt,” said the ACLU.