If Democrats don’t embrace their progressive legacy the party is toast — and so is America.

The Democratic Party has a very difficult choice to make. Will it choose a progressive candidate such as Bernie Sanders as the 2020 presidential nominee, in the hope that his populist vision will vanquish Donald Trump?

Or will the Democrats instead choose Joe Biden, a former vice president, a “centrist” and “moderate” who wants to find ways to compromise with Republicans in order to “heal” the nation, and a “calming” presence who symbolizes a return to the supposed state of normalcy that predated Trump’s political tsunami in 2016?

Public opinion and other data provide no clear answer. Polls have consistently shown that any of the leading Democratic candidates would defeat Donald Trump on a national level. To point: A new national poll by Reuters/Ipsos shows that Biden and Sanders are now tied among registered Democrats and independent voters. 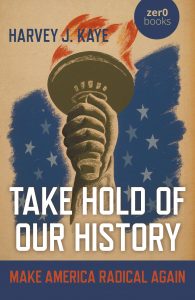 But of course the United States president is elected not by popular vote but instead state by state, through the Electoral College. There Sanders and Biden are jousting with each other for the lead. Polls show that neither candidate has a decisive advantage in the key battleground states such as Michigan, Wisconsin and Florida that gave Trump the White House. Both Biden and Sanders lead Trump in those states.

A new poll by Hill-HarrisX suggests that Biden is also the preferred Democratic candidate among Republican voters.

In Florida, a recent USA Today poll shows that Sanders, Biden and Elizabeth Warren all lead Trump in a hypothetical 2020 presidential matchup — but that Biden remains the overwhelming choice of Florida Democrats.

Biden is routinely viewed by many political pundits and other expert observers as the most “electable” candidate, because of his obvious experience and that until very recently, he consistently polled ahead of the other potential Democratic nominees among likely voters.

A recent poll from Morning Consult shows that Joe Biden is supported by older voters, the cohort most likely to go to the polls. He is also the preferred candidate among African-Americans (although younger African-Americans prefer Sanders), college-educated white voters and suburban white women. Those are the Democratic Party’s key constituencies.

Rejection of “business as usual”

By comparison, Bernie Sanders is far more popular among young people. One should not ignore the fact that Sanders’ progressive politics are also truly populist: His proposals to confront social inequality by rejuvenating the middle class and ensuring that the very rich pay their fair share of taxes represent the desires of a large majority of the American people.

Sanders is also the beneficiary of a political logic which demands the rejection of “business as usual” in the Democratic Party. If a commitment to moderate positions and neoliberal economics helped lead the party to defeat in 2016 against Trump, then to continue with more of the same would be foolhardy. …

Read The Rest And 30-Minute Audio

“The most effective way to destroy people is to deny and obliterate their own understanding of their history.”