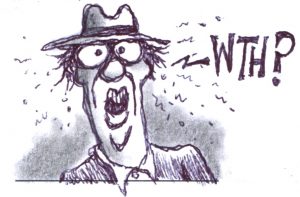 Ultimately, we must make a choice as a society: will we tolerate the insatiable greed and cruelty of the billionaire class?

When it comes to billionaires benefiting from the generosity of the American taxpayer, the holiday spirit is alive year-round. Taxpayers paid out $115m to Donald Trump so he could play golf at his own resorts.

And Amazon didn’t just pay zero in federal taxes on $11bn in profits – taxpayers gifted the corporation $129,000,000 in rebates. That’s enough to pay for CEO Jeff Bezos’s three apartments in Manhattan, including a penthouse, that cost him $80m.

We must demand that the ultra-wealthy finally start paying their fair share so we can dramatically expand nutrition support. In the richest country in the history of the world, we have a moral obligation to eradicate the hunger that more than 37 million of our fellow Americans suffer every day.

And what about government generosity for those who actually need help? Tax dollars are somehow much harder to come by when they’re not going to handouts for the rich. The average person in poverty, struggling to put food on the table, gets about $134 a month in nutrition assistance.

Now, just in time for the holidays, Trump has finalized the first of three policies that will make this disparity even more obscene. Two years after passing a $1.5tn tax giveaway to the wealthiest Americans and large corporations, the Trump administration plans to strip 3.7 million people of their nutrition benefits.

The administration’s first step is to kick 700,000 adults off of nutrition assistance as they struggle to find work. The second step: trying to punish families who have high childcare and housing costs. And third, they want to hurt families who already are making difficult choices between food or heat.

Together, the three proposals will cut billions of dollars from one of our nation’s leading anti-poverty programs. Meanwhile, the Republican tax scam is working exactly as planned. Today, the richest 400 billionaires pay lower taxes than any group in America – including the poor. Nearly 100 of the top Fortune 500 companies now pay nothing in taxes.

This is what oligarchy looks like: Trump’s appetite to shower the ultra-wealthy with corporate welfare is endless – and so is his administration’s willingness to assault our nation’s most vulnerable and hungriest families.

Republicans defend this by saying that keeping people hungry will make them work harder. But we know this is just about cruelty. …