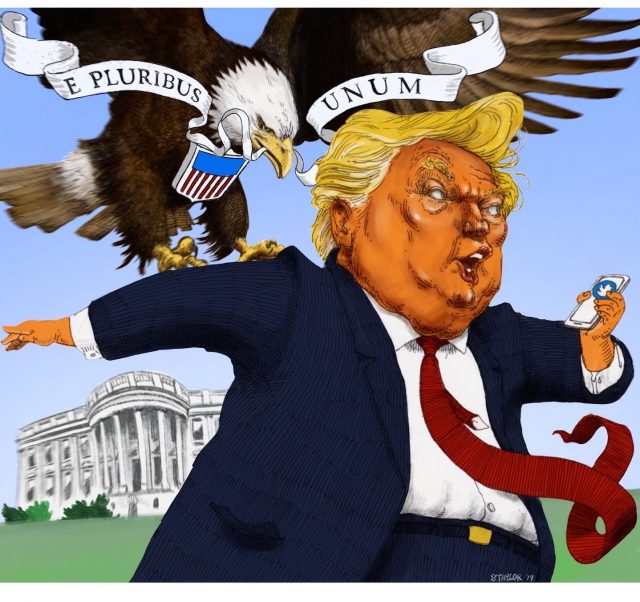 “Today, the House of Representatives performed its constitutional duty by standing up for our democracy and standing up to the criminal in the White House. By voting to impeach Donald Trump, patriots affirmed that no one—not even the president of the United States—is above the law.”

“Today, every single Republican in the House of Representatives became an accomplice to Trump’s subversion of our democracy. By failing to impeach Donald Trump, GOP lawmakers showed their blind loyalty to their party and to a corrupt president—and history will remember them for the cowards they are.”

— Sean Eldridge, founder and president of the anti-Trump group Stand Up America, Charged With Abuse of Power and Obstruction of Congress, Trump Impeached by the U.S. House of Representatives.