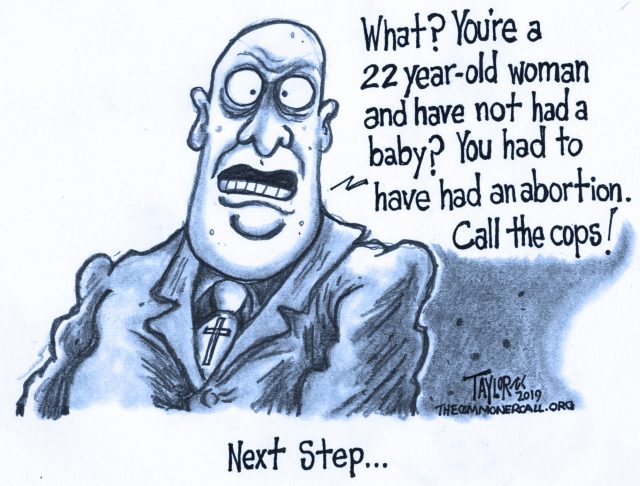 Ohio introduces one of the most extreme bills to date for a procedure that does not exist in medical science.

A bill to ban abortion introduced in the Ohio state legislature requires doctors to “reimplant an ectopic pregnancy” into a woman’s uterus – a procedure that does not exist in medical science – or face charges of “abortion murder”.

This is the second time practising obstetricians and gynecologists have tried to tell the Ohio legislators that the idea is currently medically impossible.

The move comes amid a wave of increasingly severe anti-abortion bills introduced across much of the country as conservative Republican politicians seek to ban abortion and force a legal showdown on abortion with the supreme court.

Ohio’s move on ectopic pregnancies – where an embryo implants on the mother’s fallopian tube rather than her uterus rendering the pregnancy unviable – is one of the most extreme bills to date.

“I don’t believe I’m typing this again but, that’s impossible,” wrote Ohio obstetrician and gynecologist Dr David Hackney on Twitter. “We’ll all be going to jail,” he said.

An ectopic pregnancy is a life-threatening condition, which can kill a woman if the embryonic tissue grows unchecked.

In addition to ordering doctors to do the impossible or face criminal charges, House Bill 413 bans abortion outright and defines a fertilized egg as an “unborn child”.

She was arrested and taken to a police station, where an officer “took out a big crucifix and told me, ‘Confess to him what you did,’” she said.

Martha Mendez and Susana Duenas were both teenagers when they committed their “crime”: suffering a miscarriage.

Accused of having an abortion — which is illegal in all but two states in Mexico — Mendez was forced to ask her fetus for forgiveness. Duenas was jailed for seven years.

Both women’s stories highlight the extreme views on abortion in Mexico, where the ruling party’s push to legalize it nationwide has run into fiery resistance from conservatives.

Mexico City legalized abortion in 2007, followed by the southern state of Oaxaca this year.

But the procedure is outlawed in the other 30 Mexican states, permitted only in cases of rape or danger to the mother’s life.

The situation is similar across much of traditionally Catholic Latin America, where just two countries, Cuba and Uruguay, have legalized abortion.

In Mexico, more than 4,200 women have been prosecuted since 2000 for having an abortion or miscarriage, according to Veronica Cruz of the rights group Las Libres (Free Women). … 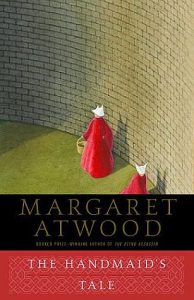 “I cannot tell you how strange this feels. I wrote the book hoping to fend it off, and I believe it will be fended off: America is very diverse, a lot of people have been jolted out of political slumber and are paying attention, and the Constitution still stands. The upcoming Hulu TV series of which I’ve seen 3 episodes is even more up-to-date and chilling than the book, so let’s see how that may impact. Support your leaders who are standing against unconstitutional laws; keep informed, as best as possible. Everything is “as best as possible” right now.”