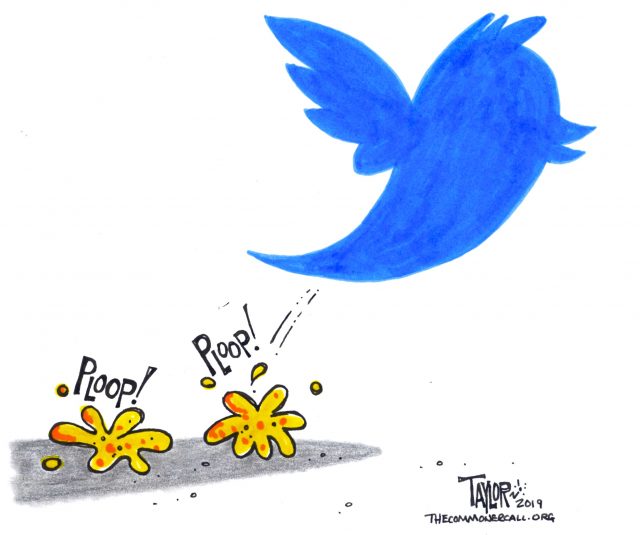 A majority of 90,000 hateful Islamaphobic tweets originated from fewer than a dozen accounts, but were retweeted to prominence by bots.

President Trump has made criticism of Minnesota U.S. Rep. Ilhan Omar a prominent part of his rallies. He’s also targeted her on Twitter, prompting others to do the same. But a study out this week details how a small group of bad actors started that tweet storm long before Omar was on the president’s radar.

And the study’s authors are calling for Twitter to do more than ban paid political ads, as it announced last week. They say this unpaid messaging actually may be more damaging.

“To give you some idea of the influence of some of these accounts, one would expect that if we’re looking at Ilhan Omar’s Twitter network, Minnesota Public Radio would be a very influential voice. In fact, you’re not.” said Lawrence Pintak, a professor at the Edward R. Murrow College of Communication at Washington State University and lead researcher on the study.

“In fact, there are these other obscure accounts that are tweeting out vastly more content about Omar than your news organization,” Pintak said.

He found in the two months leading up to the 2018 election 90,000 tweets mentioned Omar, and half contained Islamophobic language. Pintak also found that a majority of those tweets originated from fewer than a dozen accounts, but were retweeted to prominence by bots.

“This isn’t a grassroots movement against her. It’s a manufactured outrage that is created by a handful of people and then sent out through automated means,” he said.

They can then drown out factual information tweeted by journalism outlets, Pintak warned.

Link To Story And 4-Minute Audio

Twitter said Friday its ban on political ads will exempt “caused-based” messages on topics related to social or environmental issues.

“Ads that educate, raise awareness, and/or call for people to take action in connection with civic engagement, economic growth, environmental stewardship, or social equity causes are allowed,” Twitter said in its new policy.

“However, they may not reference prohibited political advertisers or political content.”

Twitter announced the political ad ban on October 30, saying the move was aimed at countering the spread of misinformation by politicians. …