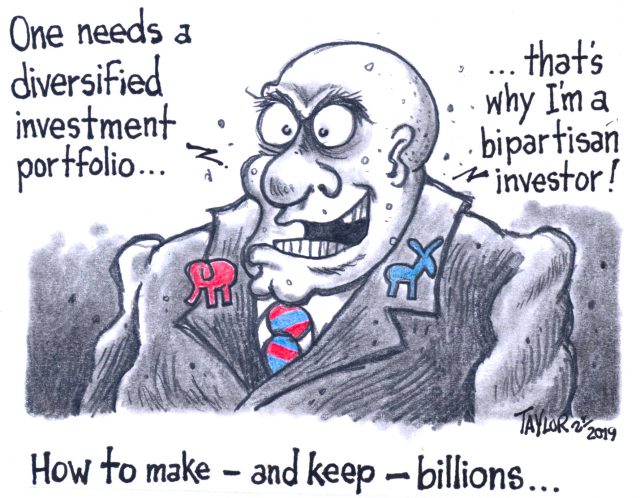 Bill Gates is thinking about voting for Donald Trump, while Mike Bloomberg intends to vote for himself.

Since early summer, Sens. Bernie Sanders and Elizabeth Warren have been drawing huge crowds to their rallies, dominating the televised debates, and setting fundraising records with support exclusively from small donors. Most importantly, their surging popularity stems from their plans to dramatically expand the federal government, paid for in large part through a wealth tax. This populist turn has the rest of the Democratic presidential field scrimmaging for what’s left — namely, the support of the party’s super-rich.

The problem for all of the candidates ― from Sens. Cory Booker to Kamala Harris to Amy Klobuchar ― is that what makes billionaires swoon makes 99% of the country furious. As a result, nobody has come close to matching Sanders and Warren’s collective appeal. South Bend, Indiana, Mayor Pete Buttigieg remains in the realm of respectability, and former Vice President Joe Biden continues to float on name recognition, but neither candidate looks like a solid winner. With the rest of the gang mired in the single digits, the super-rich are beginning to panic. First, billionaire Tom Steyer and now, fellow plutocrat Michael Bloomberg decided to abandon the kingmaker facade altogether and get in the race themselves.

Their desperate bids for the presidency make one thing crystal clear: The 2020 Democratic primary is a referendum on billionaire control of the Democratic Party. At least we can all stop shadow-boxing with the word “moderate.” …

“Not only do you have to be rich—or beholden to the rich—to get elected these days, but getting elected is also a surefire way to get rich. As CBS News reports, “Once in office, members of Congress enjoy access to connections and information they can use to increase their wealth, in ways that are unparalleled in the private sector. And once politicians leave office, their connections allow them to profit even further.””

— John Whitehead, They Live, We Sleep: Beware the Growing Evil in Our Midst