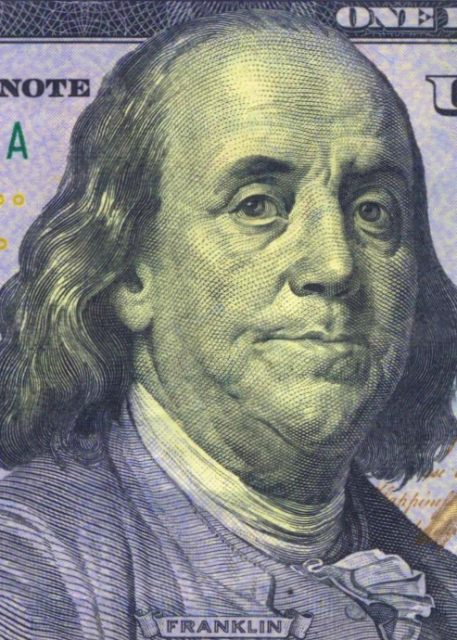 As the wealth gap in the U.S. continues to widen, the top 1% of Americans are close to amassing more wealth than the entire middle class, according to the latest data from the Federal Reserve, Bloomberg reports. Part of that growing divide is fueled by President Donald Trump’s tax cuts and his relentless drive for lower interest rates.

The top richest Americans had assets of about $35.4 trillion in the second quarter. That’s just short of the $36.9 trillion held by the tens of millions of Americans who make up the middle and upper-middle classes — the 50th to the 90th percentile — according to an analysis of the new data by Bloomberg.

The wealthiest have benefited from a surging stock market and Trump administration tax reforms including such benefits as reductions on inheritance taxes.

Trump’s constant demand for decreased interest rates has also hit wealth gains by the middle class while boosting assets of the richest, notes Bloomberg. Members of the middle class are reaping fewer financial gains from interest on savings and less expensive, safer financial vehicles such as certificates of deposit.

Major investors, on the other hand, are enjoying the benefits of lower costs for borrowing money. In addition, the wealthy can take advantage of top-level hedge funds and private equity funds that require a minimum $5 million investment.

“The wealthier that the wealthy get, the more opportunity they have,” Stephen Colavito, chief market strategist at investment firm Lakeview Capital Partners, told Bloomberg.

The news follows revelations by economists Gabriel Zucman and Emmanuel Saez of the University of California at Berkeley that the nation’s richest billionaires are now paying a lower tax rate than working-class Americans. …

(Commoner Call art, 2019. Open source and free for non-derivative use with link to www.thecommonercall.org )

The hard realities of extreme wealth – political influence and jaw-dropping inequality – should have us all protesting in the streets.

Should billionaires exist? There has been much heated debate in the US and the UK on this subject recently. Bernie Sanders says billionaires should be taxed out of existence while Joe Biden has warned against demonising rich people.

The fact that we are even having this debate is a depressing indication of the extent to which extreme inequality has been normalised. Of course billionaires shouldn’t exist. This shouldn’t be a remotely controversial thing to say; it shouldn’t even be considered a leftwing thing to say. If you believe in capitalism and democracy, as opposed to oligarchy, you shouldn’t believe in billionaires. After all, those billions don’t just buy you superyachts, they buy you politicians and policies.

People such as Biden want you to think billionaires are just very rich people who earned their fortunes through hard work. This is laughable. Nobody becomes a billionaire through hard work alone; there’s a statistic floating around social media that if you made $5,000 a day every day, starting in 1492, when Columbus arrived in America, you would still have less money than Jeff Bezos, who is worth a net $110bn post-divorce. …