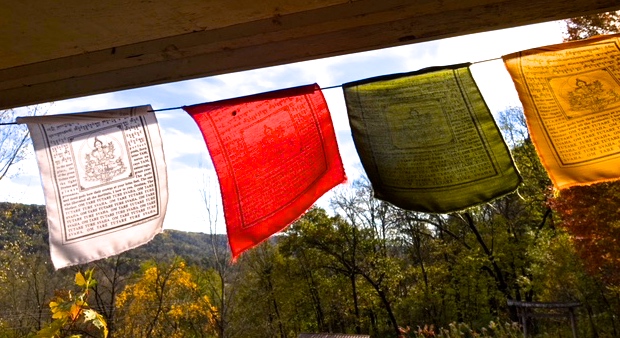 Thousands of Buddhists from all over the world made a pilgrimage this fall to a monastery high in India’s Himalayas. Orange-robed monks with shaved heads huddled cross-legged on the floor, as Tibetan opera singers in multicolored gowns teetered under the weight of giant silver headdresses. They carried fruit baskets as offerings and chanted in unison, all praying for the same thing: the Dalai Lama’s longevity.

Tibetan Buddhists believe their spiritual leader, now 84 and ailing, will be reincarnated when he dies. He is the 14th Dalai Lama, Tibetan Buddhism’s traditional high priest — the same being, faithful believe, that has been reincarnated for more than 600 years.

“One thing I want to make clear: As far as my own rebirth is concerned, the final authority is myself — no one else — and obviously, not Chinese communists!” — Dalai Lama

Traditionally, the Dalai Lama himself gives instructions before he dies. He’s supposed to tell aides where to look for a child who will next embody his essence. But this time, politics may complicate the search.

“The Dalai Lama’s reincarnation is a civilizational struggle between China and Tibetans over who controls Tibetan Buddhism,” says Amitabh Mathur, a retired adviser to the Indian government on Tibetan affairs. “It’s not merely about one individual. It’s about who truly heads the Tibetans.”

For the past 60 years, the Dalai Lama has sought to do so from exile in northern India, ever since fleeing a Chinese crackdown in his native Tibet. Beijing, which has controlled Tibet since, says the Dalai Lama lost his legitimacy when he and his followers fled. The Chinese government claims the right to name his successor. …

Read The Rest And 5-Minute Video