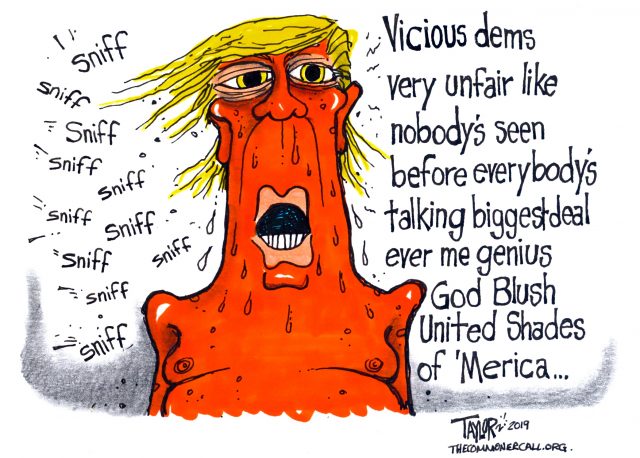 Shocking pictures appear to confirm Donald Trump’s likely use of “uppers” after boxes of Sudafed [a formulation not sold in the United States] were photographed during the 2016 campaign in his Trump Tower office desk.

When Barack Obama went on TV to announce they killed Bin Laden, he spoke for nine and a half minutes. Trump yesterday, when he announced they killed Abu Bakr al-Baghdadi, did for 48 minutes. So, for further comparison, we thought it might be fun to mash-up Trump’s speech about al-Baghdadi with Obama’s on Bin Laden.