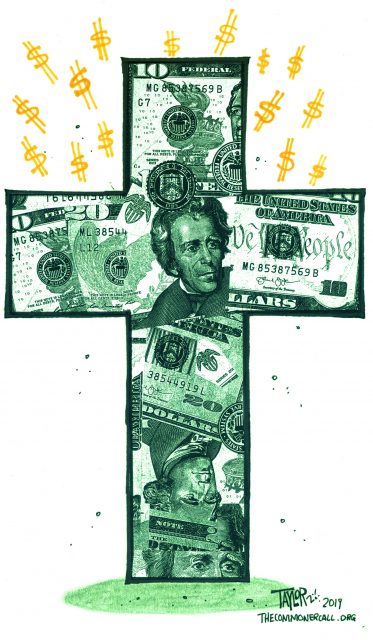 White used Jewish holy days such as Passover and Yom Kippur this year to promise people access to special divine blessings in return for sending her money.

White is a prosperity gospel preacher who tells supporters that they can access divine blessings by sending money to her ministry. Her new memoir, “Something Greater: Finding Triumph Over Trials,” seems designed to humanize White by emphasizing the challenges she has faced in her life and to portray herself and her relationship with Trump as part of God’s plan to help the U.S. “live out its holy calling on the earth.” The timing of the book’s release, a year before the 2020 election, is certainly no coincidence.

White writes that she has always had a longing for God to do something big with her life: “A great big AWE came when Trump became president. But the awe wasn’t in the surprise of his victory but rather in the amazement of my place in it to be positioned to serve all humanity and write history by acts of faith. As I’ve said, over and over I’d hear, ‘You were raised up for such a time as this.’”

“Something Greater” is divided into thematic chapters, so it jumps around chronologically; White’s tendency to write in present tense about past events means that you may find yourself pausing over a sentence to figure out whether she’s describing an event in the past or her current thinking and interpretation of it. Given how associated White has become with Trump, the book contains some surprising tidbits: her broadcasting start on BET; a 2006 award from the Rainbow Coalition; her participation in Maya Angelou’s 80th birthday celebration.

White describes her life as an “amazing love story between me and God.” She says God told her in a vision when she was a teenager that her mission was to preach the gospel. But her commitment to following God’s calling did not insulate her from hard times. She describes a difficult childhood that took a turn for the worse when her rich but irresponsible father killed himself and his parents cut her mother off financially. She says she was the victim of sexual abuse at the hands of a babysitter and her boyfriend and struggled for years with eating disorders. As an adult she went through two divorces—one a high-profile break with evangelist Randy White—as well as the death of a young adult daughter to cancer.

White says she overcame those difficulties by relying on God and by becoming a driven, hard-working person. “My life story,” White writes, “is about how a young Mississippi girl became a wounded woman,” and “how those wounds helped her become a warrior.”

“I am to pray over him daily and show him God.”

The latter part of the book focuses largely on White’s relationship with Trump, who she met 14 years before he was elected president when he asked to meet her after having seen her television show. “I feel God saying that Trump is ‘a spiritual assignment for me,’” she writes, “that I am to pray over him daily and show him God.”

White clearly wants her readers to see Trump in a new light, in the same way she sought to do when she introduced him to evangelical pastors 30 or 40 at a time after he decided to run for president.

“After spending time around Donald Trump I find myself inspired by his vision, thought process, keen insight, and overall discipline,” she writes. “He’s a brilliant thinker who tends to walk several steps ahead of the masses.” …

When one colleague lost her job, they said she had been “Penced.”

Last November, a top Trump appointee at the U.S. Agency for International Development wrote a candid email to colleagues about pressure from the White House to reroute Middle East aid to religious minorities, particularly Christian groups.

“Sometimes this decision will be made for us by the White House (see… Iraq! And, increasingly, Syria),” said Hallam Ferguson, a senior official in USAID’s Middle East bureau, in an email seen by ProPublica. “We need to stay ahead of this curve everywhere lest our interventions be dictated to us.”

Officials at USAID warned that favoring Christian groups in Iraq could be unconstitutional and inflame religious tensions.

The email underscored what had become a stark reality under the Trump White House. Decisions about U.S. aid are often no longer being governed by career professionals applying a rigorous review of applicants and their capabilities. Over the last two years, political pressure, particularly from the office of Vice President Mike Pence, had seeped into aid deliberations and convinced key decision-makers that unless they fell in line, their jobs could be at stake.

Five months before Ferguson sent the email, his former boss had been ousted following a mandate from Pence’s chief of staff. Pence had grown displeased with USAID’s work in Iraq after Christian groups were turned down for aid.

ProPublica viewed internal emails and conducted interviews with nearly 40 current and former U.S. officials and aid professionals that shed new light on the success of Pence and his allies in influencing the government’s long-standing process for awarding foreign aid. Most people spoke on the condition of anonymity.

The Trump administration’s efforts to influence USAID funding sparked concern from career officials, who worried the agency risked violating constitutional prohibitions on favoring one religion over another. …

For More On The American Religious Right Check Out 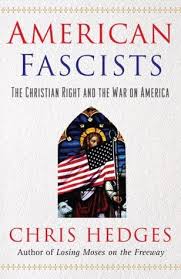