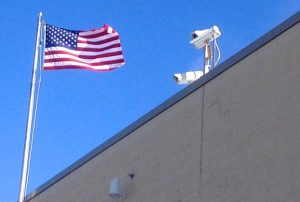 The deep state, incapable of reform and determined to retain its grip on power, will morph under the threat of popular unrest into a corporatized fascism.

Our democracy is not in peril—we do not live in a democracy. The image of our democracy is in peril. The deep state—the generals, bankers, corporatists, lobbyists, intelligence chiefs, government bureaucrats and technocrats—is intent on salvaging the brand. It is hard to trumpet yourself as the world’s guardian of freedom and liberty with Donald Trump blathering on incoherently about himself, inciting racist violence, insulting our traditional allies along with the courts, the press and Congress, tweeting misspelled inanities and impulsively denouncing or sabotaging bipartisan domestic and foreign policy. But Trump’s most unforgivable sin in the eyes of the deep state is his criticism of the empire’s endless wars, even though he lacks the intellectual and organizational skills to oversee a disengagement.

The deep state not only intends to prevent, as it did in 2016, Bernie Sanders or any other progressive Democrat from achieving power, but has signaled that it will destroy any politician who attempts to question the maintenance and expansion of empire.

The deep state committed the greatest strategic blunder in American history when it invaded and occupied Afghanistan and Iraq. Such fatal military fiascoes, a feature of all late empires, are called acts of “micro-militarism.” Dying empires historically squander the last capital they have, economic, political and military, on futile, intractable and unwinnable conflicts until they collapse. They seek in these acts of micro-militarism to recapture a former dominance and lost stature. Disaster piles on disaster. The architects of our imperial death spiral, however, are untouchable. The clueless generals and politicians who propel the empire into expanding chaos and fiscal collapse are successful at one thing—perpetuating themselves. No one is held accountable. A servile press treats these mandarins with near-religious veneration. Generals and politicians, many of whom should have been cashiered or put on trial, are upon retirement given lucrative seats on the boards of the weapons manufacturers, for whom these wars are immensely profitable. They are called upon by a fawning press to provide analysis to the public of the mess they created. They are held up as exemplars of integrity, selfless service and patriotism.

After nearly two decades, every purported objective used to justify our wars in the Middle East has been upended. The invasion of Afghanistan was supposed to wipe out al-Qaida. Instead, al-Qaida migrated to fill the power vacuums the deep state created in the wars in Iraq, Syria, Libya and Yemen. The war in Afghanistan morphed into a war with the Taliban, which now controls most of the country and is threatening the corrupt regime we prop up in Kabul. The deep state orchestrated the invasion of Iraq, which had nothing to do with the attacks of 9/11. It confidently predicted it could build a Western-style democracy and weaken Iran’s power in the region. Instead, it destroyed Iraq as a unified country, setting warring ethnic and religious factions against each other. …