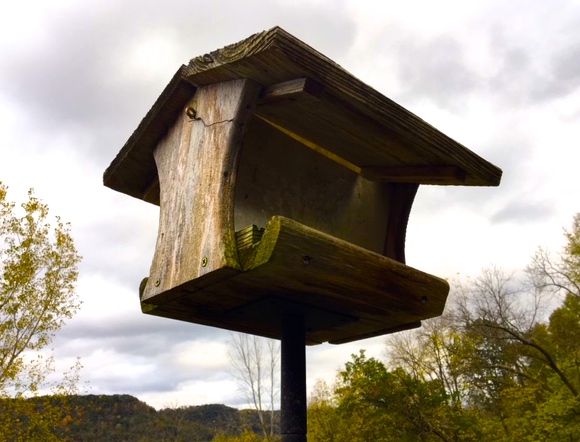 “Birds are important indicator species, because if an ecosystem is broken for birds, it is or soon will be for people too.”

In a new study published Thursday by the National Audubon Society, scientists say that saving hundreds of bird species from extinction by the end of this century is entirely possible—but that without commitment from policymakers to end human-caused global warming, two-thirds of North America’s birds could be gone by 2100.

The report, “Survival by Degrees: Bird Species on the Brink,” found that 389 out of 604 North American bird species are at risk of extinction by 2100 if the Earth’s temperature rises by 3 to 5º Celsius, as it’s projected to if the current trend of emitting millions of tons of carbon each year continues.

The Society released its report less than a month after the Bird Conservancy of the Rockies revealed that nearly a third of North American birds—about three billion—were lost over the last five decades.

Thursday’s study predicts “an even more frightening future” unless the climate crisis is stopped, Audubon Society CEO David Yarnold said in a statement.

“There’s hope in this report, but first, it’ll break your heart if you care about birds and what they tell us about the ecosystems we share with them. It’s a bird emergency.”

The group looked at 140 million bird records and measured the effects of sea level rise, urbanization, and extreme heat on bird populations. Many of the changes caused by increased carbon in the atmosphere will drastically reduce the range in which birds are able to live, the study found.

“Birds will be forced to relocate to find favorable homes,” reads the report. “And they may not survive.”

The Audubon Society created an interactive graphic allowing users to view how warming of 3º Celsius or more would affect various species versus warming of 1.5º, which the Intergovernmental Panel on Climate Change says is the upper limit for global warming in order to avoid the worst effects of the climate crisis.

The bobolink, which lives in the northern U.S. and southern Canada, would lose 88 percent of its current habitat range by 2100 if policymakers don’t pass laws to help limit the warming of the globe, and would be forced to move north. The species would lose only 43 percent of its range if the Earth warms 1.5º Celsius.

Other birds at risk for drastic habitat loss include the Baltimore oriole, the saltmarsh sparrow, and the purple finch.

Risk to us all

The prediction of an extreme loss of bird species by 2100 also points to danger for humans as well, the Audubon Society said.

“Birds are important indicator species, because if an ecosystem is broken for birds, it is or soon will be for people too,” said Brooke Bateman, senior climate scientist for the Society.

But the group stressed that with commitment from government leaders around the world, more than three-quarters of bird species in North America are expected to have far greater outcomes at the end of the century, retaining more of their habitats.

“By stabilizing carbon emissions and holding warming to [1.5º Celsius] above pre-industrial levels, 76 percent of vulnerable species will be better off, and nearly 150 species would no longer be vulnerable to extinction from climate change,” the report reads.

Renee Stone, the group’s vice president for climate, called on the public to make clear to election officials that reducing carbon emissions to net zero in the next decade, and therefore stemming the crisis, is a top priority for them.

“We already know what we need to do to reduce global warming, and we already have a lot of the tools we need to take those steps. Now, what we need are more people committed to making sure those solutions are put into practice,” said Stone.

While “there’s hope in this report,” Yarnold said, “it’ll break your heart if you care about birds and what they tell us about the ecosystems we share with them. It’s a bird emergency.”

(Commoner Call photo and art by Mark L. Taylor, 2019. Open source and free for non-derivative use with link to www.thecommonercall.org )

A behind-the-scenes look at the filmmakers from Our Planet capturing the largest gathering of walruses in the world as a result of hauling-out. Under these conditions the walruses are a danger to themselves.
WARNING: This video contains scenes that some viewers may find difficult to watch.

By Stephanie Kirchgaessner
The Guardian (10/11/19)

Google has made “substantial” contributions to some of the most notorious climate deniers in Washington despite its insistence that it supports political action on the climate crisis.

On its website, Google says it is committed to ensuring its political engagement is “open, transparent and clear to our users, shareholders, and the public”. But the company declined to answer the Guardian’s questions on how much it has given to the organisations.

Among hundreds of groups the company has listed on its website as beneficiaries of its political giving are more than a dozen organisations that have campaigned against climate legislation, questioned the need for action, or actively sought to roll back Obama-era environmental protections.

The list includes the Competitive Enterprise Institute (CEI), a conservative policy group that was instrumental in convincing the Trump administration to abandon the Paris agreement and has criticised the White House for not dismantling more environmental rules. …