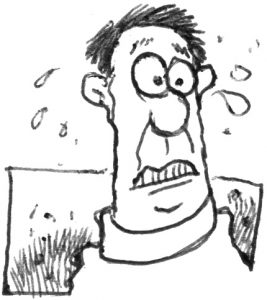 What could possibly go wrong?

Patrick Boyle recalls that by the time he got his Ph.D. in biology in 2012, he had worked with just a few other people and managed to manufacture six genes, the basic units of heredity.

“Today, we are synthesizing more than 10,000 genes every month,” he says, showing off a lab at a Boston biotech company called Ginkgo Bioworks.

Making genes from scratch used to be laborious and time consuming, but not anymore. That’s why federal officials are now considering new measures to prevent this rapidly advancing technology from being misused to create dangerous viruses or bioweapons.

Genes are made up of DNA, a “code” determined by four chemical bases — known as A, C, T and G — that can be strung together to make the biological instructions that govern cells.

The technology needed to “write” DNA is now undergoing a similar transformation. Over the last decade, the cost of synthesizing a pair of DNA letters has dropped from about one dollar to less than 10 cents.

“We can actually finally afford to write this code, and we can write much more of it,” says Boyle. “We’re coming up with thousands of new designs on a computer, printing out the DNA for them, booting up that DNA, seeing what it does and then iterating on those designs.”

When he says printing out DNA, he means it literally. The technology used for Inkjet printing has been adapted to print short fragments of DNA onto glass slides. Those fragments then get assembled into larger and larger pieces in a highly automated process.

All this synthetic DNA can be inserted into bacteria, yeast, fungi or even mammalian cells. …

Read the Rest and 6-Minute Audio

(Commoner Call cartoon by Mark L. Taylor, 2019. Open source and free for non-derivative use with link to www.thcommonercall.org )