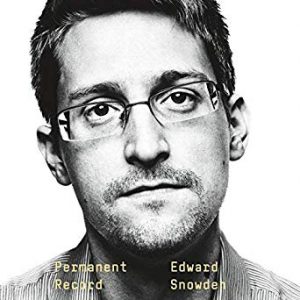 Snowden should’ve gone through “official channels,” his critics yelped. Here’s what happens when you do.

Edward Snowden did it all wrong, his critics thundered.

The former National Security Agency subcontractor should have used “other avenues available for somebody whose conscience was stirred and thought that they needed to question government actions,” then-President Barack Obama claimed in an August 2013 press conference, citing an executive order he had signed that — in theory at least — gave intelligence officers some whistleblower protections for the first time ever.

“Snowden could have come to me,” George Ellard, then the NSA’s inspector general, claimed in 2014.

Snowden did, in fact, try to report his concerns through official channels. He questioned the legality of surveillance programs 10 times, he later testified before the European Parliament. He said he was brushed aside. So in 2013, he leaked reams of national security information to journalists Glenn Greenwald and Laura Poitras, revealing the details of multiple surveillance programs and launching a global debate on privacy. Thanks to Snowden, people all over the world now know far more than they otherwise would have about the NSA’s collection of millions of Americans’ phone records, its use of data from internet giants like Google and its spying on the phone calls of world leaders like Angela Merkel.

Snowden’s reward was criminal charges and effectively permanent exile from the U.S. But his concerns were aired publicly and the proper scope and scale of massive government surveillance programs was debated in the open.

So far, the latest fight over an intelligence community whistleblower seems to be vindicating Snowden’s decision. Recently, the intelligence community’s inspector general received a whistleblower complaint that he deemed “urgent and credible.” The inspector general then sent it up to the acting director of national intelligence. The law says the director of national intelligence “shall” at that point pass the complaint on to Congress. But President Donald Trump and his administration are blocking that complaint — which reportedly concerns a call Trump made to the president of Ukraine in which he asked for Ukraine to investigate former Vice President Joe Biden — from being seen by Congress.

That sort of politicization “is precisely the reason so many [whistleblowers] go to the press,” said Jesselyn Radack, a former Justice Department legal ethics adviser and whistleblower who now works as a lawyer for whistleblowers.