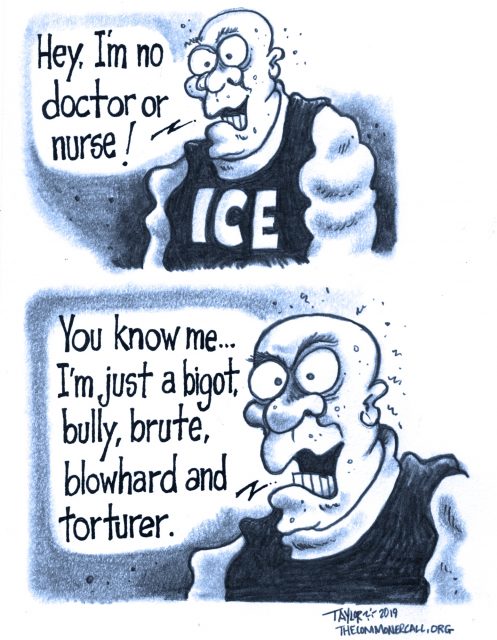 The problems inside the Aurora detention facility are not isolated, based on inmate accounts collected by the ACLU.

The day Neda Samimi-Gomez learned her 64-year-old father had died in immigration detention in Aurora is etched in her memory.

She didn’t get a call from immigration officials until two days after his death. The more details she learned, the sicker she felt.

“It was unbelievable that so many people could be involved in my father’s death,” she said.

Kamyar Samimi, a Thornton resident, died Dec. 2, 2017, a little more than two weeks after he was picked up by Immigration and Customs Enforcement agents to be housed in the private immigration detention center in Aurora as he faced deportation.

Samimi was taking methadone and did not receive appropriate medical care for his withdrawal, which a federal investigation later found fell short of ICE standards.

But Samimi was not the only detainee who suffered medical maltreatment at the Aurora facility, according to a new report released Wednesday by the American Civil Liberties Union of Colorado.

The 42-page report details alleged medical abuses and neglect at the Aurora facility, which is operated by The GEO Group under an ICE contract. Detainees are “confined without access to sufficient medical care, adequate nutrition, legal resources or, in many cases, basic human decency,” the ACLU report says.

Despite those shortcomings, the report notes, The GEO Group reported a net income of $33.4 million in the fourth quarter of 2018 and is valued at $2.3 billion.

“The conditions at (the Aurora detention center) represent that worst of what currently plagues our society and government,” ACLU attorney Arash Jahanian wrote in the report. “GEO Group is profiting off caging people and denying them conditions consistent with human decency, including basic medical care.”

“ICE is firmly committed to the health and welfare of all those in its custody and comprehensive medical care is provided to all individuals in ICE custody,” Smock said in an emailed statement.

GEO Group spokesman Pablo E. Paez questioned the agenda behind the report, saying in an emailed statement, “We recognize that the ACLU has a political position generally against public-private partnerships. … It’s not surprising its report would only confirm their political position.”

Public criticism of ICE and The GEO Group, particularly in Aurora, has increased in recent months. …

Here Is A Dandy Suggestion From An Online Comment On This Story.

I’m writing my second letter to the CO governor now in 2 weeks, since I live in Cortez. I am telling him for the second time now he’s a flagrant sickening immoral coward for allowing CO to host torture prisons-for-profit, and the ICE child prison camps. Oregon got rid of them. Their governor had courage. And CA is now dumping its for-profit prisons announced recently. The governor can order National Guard to protect the state in the case of federal insurrection (it does exactly that in “Twilight’s Last Gleaming” by Greer, pub. 2015). I suggest you write the CO governor too and tell him what you think of him and CO:

You can email Gov. Polis HERE.