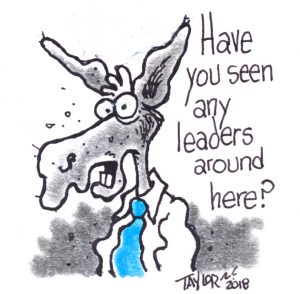 “While the official opposition party expresses grave concern about the gradual demolition of constitutional democracy — and, in fairness, some of its leading members use forceful language and demand action — it remains confused and defensive as to both strategy and tactics. At the moment, it appears committed (if that’s not far too generous a word) to relying on the machinery of constitutional democracy to defeat the assault on constitutional democracy, which is … I don’t know what it is. Stupid? Naive? Evidence of collaborator’s guilt? One struggles to find the correct metaphor: It’s something like trusting that there will be enough chickens left, a year from now, to vote the fox out of office.”