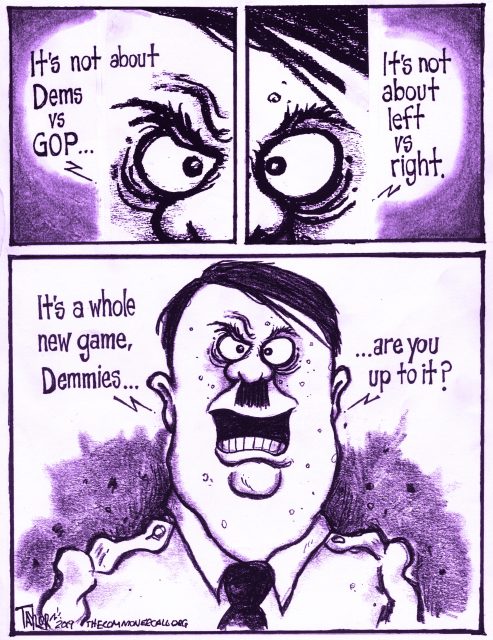 We need to understand that Trump is a symptom, not the problem.

We are in the middle of a slow-motion coup in the United States of America. Even the phrase itself is banal, which is itself a symptom of our moral and political exhaustion. But sometimes clichés are on the money. Most of this coup is happening right out in the open, where those of us who are somewhat paying attention can notice it, bemoan it and then move on to the next day’s real or manufactured outrage. That doesn’t seem to be helping.

There are no tanks in the streets; they haven’t been remotely necessary. Despite inflated rhetoric about our tribal, cultural, geographic and political divisions, our society remains notably peaceable. There are mass shootings almost every day — and a disturbing proportion of them appear to represent de facto support for the slow-motion coup — but in historical terms violent crime rates remain low.

While the official opposition party expresses grave concern about the gradual demolition of constitutional democracy — and, in fairness, some of its leading members use forceful language and demand action — it remains confused and defensive as to both strategy and tactics. At the moment, it appears committed (if that’s not far too generous a word) to relying on the machinery of constitutional democracy to defeat the assault on constitutional democracy, which is … I don’t know what it is. Stupid? Naive? Evidence of collaborator’s guilt? One struggles to find the correct metaphor: It’s something like trusting that there will be enough chickens left, a year from now, to vote the fox out of office.

I haven’t mentioned the name of the current president or his so-called political party until now, because I suspect we focus on them too much. It’s not that they aren’t important: Donald Trump has become the central totem of the American push toward fascism or authoritarianism, and the Republican Party has emerged from its chrysalis of self-torment reborn and reinvigorated as a far-right white nationalist party. But I remain agnostic about how much Trump is leading this movement, how much he is surfing a tide of toxic white resentment and racist populism, and how much he is being driven by others toward consolidating a caste system that in fact already exists.

Those are questions we should think about far more deeply than we’re doing right now. I get why they may not seem urgent or particularly meaningful: For many Americans, likely a large majority, the priority is to get Trump out of office and replace him with almost anyone who has a vaguely normative understanding of democracy. But unless and until we grapple with the fact that Trump did not personally create the conditions for his ascent to power; that the decay of democracy is nothing new, and has been aided and abetted by both political parties and numerous other factors; and that the racial, economic and cultural caste system of America is in many ways the material basis of our democracy, then our nation is unlikely to escape this crisis in anything resembling its current form. … 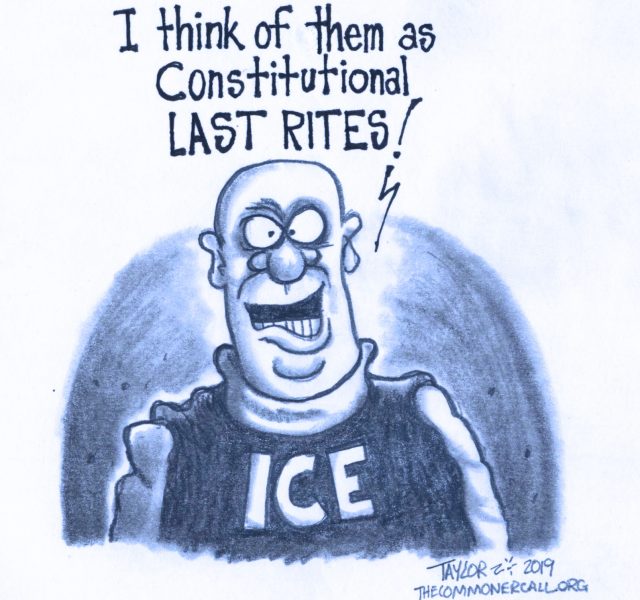 In one case, a child was moved from a Florida facility to Texas to be reunited with her father. After the child made several trips to the detention center, she was returned to the Florida facility “in shambles,” without ever seeing him.

[Editor’s Note: So this is what the nation has become and one is either actively aware of the situation and speaking out against it, or one is a co-conspirator of the fascist coup. There is no more denial; no longer a comfortable moral middle ground. You are either in opposition or support of the bullying cruelty. — Mark L. Taylor]

WASHINGTON (AP) — Migrant children who were separated from their parents at the U.S.-Mexico border last year suffered post-traumatic stress and other serious mental health problems, according to a government watchdog report Wednesday. The chaotic reunification process only added to their ordeal.

The Associated Press obtained a copy of the report in advance of the official release.

One little boy, about 7 or 8, was separated from his father and did not know why, according to the inspector general. He believed that his dad was killed and he would also be killed.

The children, many already distressed in their home countries or by their journey, showed more fear, feelings of abandonment and post-traumatic stress symptoms than children who were not separated, according to a report from the inspector general’s office in the Department of Health and Human Services.

Some cried inconsolably. Others believed their parents had abandoned them and were angry and confused. “Other children expressed feelings of fear or guilt and became concerned for their parents’ welfare,” according to the report.

The report is the first substantial accounting by a government agency on how family separation under the Trump administration’s “zero tolerance” policy has affected the mental health of children. It was based on interviews with about 100 mental health clinicians who had regular interactions with children but did not directly address the quality of the care the children did receive.

The separations have been widely criticized, and children’s health advocates have said the kids likely suffered trauma. A second report by the watchdog, also released Wednesday, found that thousands of childcare workers were given direct access to migrant children before completing required background and fingerprint checks. …

“Monsters rule over us, on behalf of monsters.”