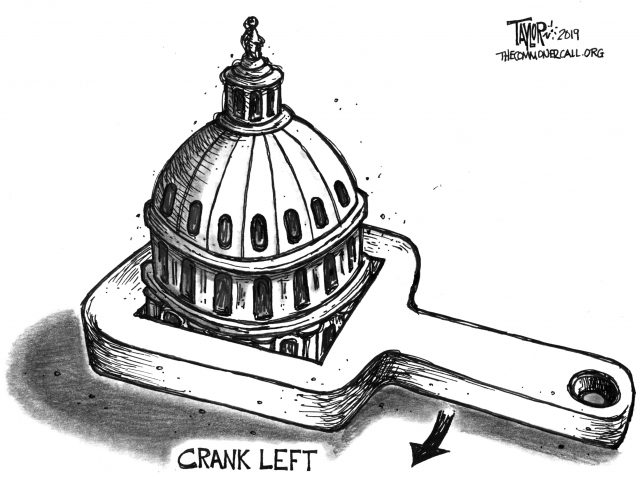 Workers are the 99%. We have the votes. This time we need to use them together.

Working people in America are waking up to the fact that they need unions. The most progressive
aspects of the workplace have all come from banding together and standing together for worker rights, and as the erosion of those hard-won gains has accelerated, interest in rebuilding the union movement is finally reviving.

Besides stagnant wages and dissolving benefits, the most obvious loss is the 40-hour week. Mandatory overtime, and conversely, the less than 35-hour week that avoids full worker benefits, have greatly impacted the quality of life of the working population. Benefits have been hurt by skyrocketing medical costs, and the switch from defined-benefit pensions to 401k’s, that leave workers vulnerable to the whims of the stock market.

All of these changes are quite intentional methods to squeeze out more dividends for stockholders, treating workers as just another pesky cost of business to minimize, rather than partners in production. Workers themselves need to take some responsibility for their inaction over the decades this slide has occurred. The materialism of modern life and the use of credit for multiple large purchases makes workers susceptible to the steady drip, drip, drip loss of their power to stand up and strike. There has never been a more appropriate time for a general strike in this country and we have never been farther from the solidarity to make one happen.

Enter the proposals of Bernie Sanders (being endorsed to a great extent by Elizabeth Warren). Many of us who love the Bern have acknowledged his past tendency to speak in general terms about the problems facing us without fleshing out details. His recent remarks on labor have clearly made him the champion of working people.

Bernie proposes to set up boards to determine a prevailing wage for industries in a region and make that the minimum for the entire workforce, union and not. This would destroy the ability of unionbusters to ride close to, but under the union wage, and prevent the independent contractor world from competing based on lower wages and benefit.

Sanders would allow the National Labor Relations Board (NLRB) to certify a union after the majority of workers sign cards.

Bernie’s plan would require employers to begin negotiating within ten days of receiving a request from a new union. Failure to reach a contract would force compulsory mediation, then binding arbitration. Employers who resist the process would face steep penalties. Bernie’s plan would also eliminate state-level right-to-work laws, give federal workers the right to strike, and eliminate “at-will” firing.

Medicare for All offers a $6,000 annual raise to families with existing employer-based plans from the savings on the health piece of their compensation plan. Bernie has clearly stated that workers will keep that savings as they transition from corporate insurance to a national health-care-for-all to provide medical care to everyone.

These are tremendous wins for labor and go far beyond the bland and often meaningless “I’m on your side” remarks of other candidates.

It’s time for labor to get up off the mat and stop internal fights within the union community. We need to broaden our approach to include part-time, minimum wage, and health care aides in our effort to rebuild the middle class in America. Workers are the 99%. We have the votes. This time we need to use them together.

[Tom Crofton is a long-time union carpenter, community organizer and former county board member who lives near Richland Center, Wisconsin and writes occasional columns for The Commoner Call.]

After Releasing His Incredibly Strong Labor Plan, Will Unions Back Bernie Now? 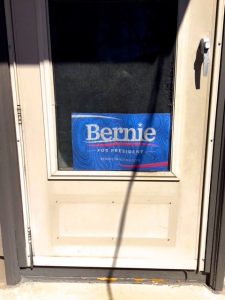 Bernie Sanders just unleashed the most pro-union platform in recent history. The labor movement should finally wake up and endorse him.

Bernie Sanders just unveiled the most pro-union platform of any major presidential candidate in decades. At this point, any union that ends up endorsing one of his opponents in the primary over him would be enacting a straight-up Mad Tea Party scenario, as if a coalition of endangered species — say, the giant kangaroo rat, the red wolf, and the fruit bat — were to endorse Trump, who has been steadily weakening protections for such animals.

Citing the high correlation between declining union membership and rising inequality, as well as the impact on worker safety, healthcare, and retirement security, the Sanders campaign has outlined a clear and specific way to stop the bloodletting of the American labor movement by making it much easier for workers to join unions — and by vastly increasing unions’ negotiating power. …

(Commoner Call cartoon and photo by Mark L. Taylor, 2019. Open source and free to use with link to www.thecommonercall.org )