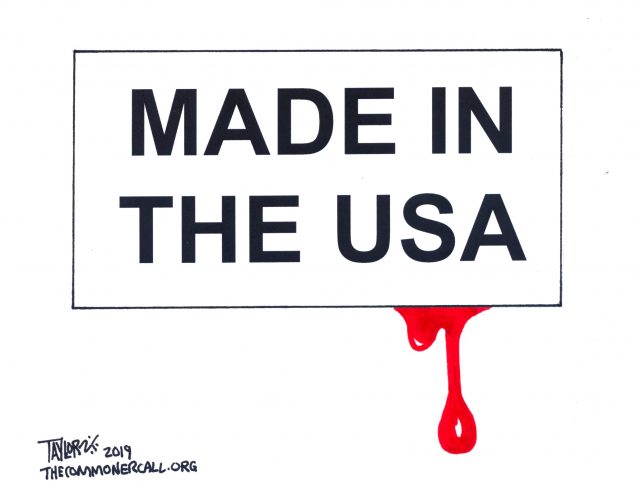 It’s hard to believe that more than four years have passed since the police shot Amílcar Pérez-López a few blocks from my house in San Francisco’s Mission District. He was an immigrant, 20 years old, and his remittances were the sole support for his mother and siblings in Guatemala. On February 26, 2015, two undercover police officers shot him six times in the back, although they would claim he’d been running toward them with an upraised butcher knife.

For two years, members of my little Episcopal church joined other neighbors in a weekly evening vigil outside the Mission police station, demanding that the district attorney bring charges against the men who killed Amílcar. When the medical examiner’s office continued to drag its feet on releasing its report, we helped arrange for a private autopsy, which revealed what witnesses had already reported—that he had indeed been running away from those officers when they shot him. In the end, the San Francisco district attorney declined to prosecute the police for the killing, although the city did reach a financial settlement with his family back in Guatemala.

It’s time to recognize that the American way of life—our cars and comforts, our shrimp and coffee, our ignorance about our government’s actions in our regional “backyard”—has created this crisis.

Still, this isn’t really an article about Amílcar, but about why he—like so many hundreds of thousands of Guatemalans, Hondurans, and El Salvadorans in similar situations—was in the United States in the first place. It’s about what drove 225,570 of them to be apprehended by the U.S. Border Patrol in 2018 and 132,887 of them to be picked up at or near the border in a single month—May—of this year. As Dara Lind observed at Vox, “This isn’t a manufactured crisis, or a politically engineered one, as some Democrats and progressives have argued.”

American support of thugs and gangs

It is indeed a real crisis, not something the Trump administration simply cooked up to justify building the president’s wall. But it is also absolutely a manufactured crisis, one that should be stamped with the label “made in the U.S.A.” thanks to decades of Washington’s interventions in Central American affairs. Its origins go back at least to 1954 when the CIA overthrew the elected Guatemalan government of Jacobo Arbenz. In the 1960s, dictatorships would flourish in that country (and elsewhere in the region) with U.S. economic and military backing.

When, in the 1970s and 1980s, Central Americans began to rise up in response, Washington’s support for right-wing military regimes and death squads, in Honduras and El Salvador in particular, drove thousands of the inhabitants of those countries to migrate here, where their children were recruited into the very U.S. gangs now devastating their countries. In Guatemala, the U.S. supported successive regimes in genocidal wars on its indigenous Mayan majority.To top it off, climate change, which the United States has done the most of any nation to cause (and perhaps the least to forestall or mitigate), has made subsistence agriculture increasingly difficult to sustain in many parts of Central America. …

“A Narco State Supported By The United States”: How Crime & Corruption In Honduras Fuel Migration

“We need to have more compassion towards these people who are running from these very violent circumstances.”

We speak with Pulitzer Prize-winning reporter Sonia Nazario, who has closely detailed why migrants from Central America are fleeing their homes in an attempt to seek asylum in the United States. Earlier this year, Nazario spent a month in Honduras documenting how corruption and gang violence are forcing many people to flee. Her piece, “Pay or Die,” ran in The New York Times, where she is a contributing opinion writer.

“I SPENT A MONTH REPORTING IN HONDURAS EARLIER THIS YEAR. What most pushes people to despair about the country’s future — and ultimately drives them to leave — is corruption, the sense that everything is rotten and unlikely to get better. The corruption is what allows all the other bad things to happen. It allows gangs to impose a reign of terror. It allows nine in 10 murderers to get away with their crimes. It fuels poverty: Politicians steal 30 percent to 40 percent of all government revenues, by some estimates, crippling schools, hospitals and highways.”

Overthrow: 100 Years Of U.S. Meddling & Regime Change, From Iran To Nicaragua To Hawaii To Cuba

We take a look back at Washington’s record of meddling in elections across the globe. By one count, the United States has interfered in more than 80 foreign elections between 1946 and 2000. And that doesn’t count U.S.-backed coups and invasions. We speak to former New York Times reporter Stephen Kinzer, author of “Overthrow: America’s Century of Regime Change from Hawaii to Iraq.”