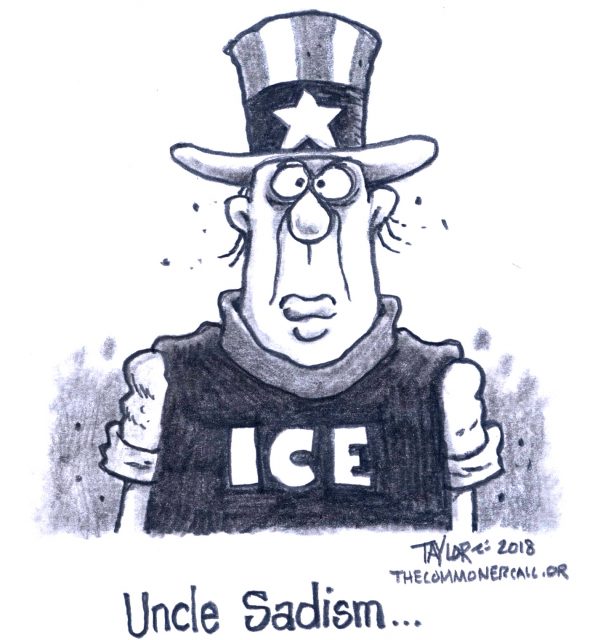 “The ever-increasing immigration court backlog means these immigrant families could be held for months or even years.”

Rights groups reacted with horror and outrage on Wednesday after the Trump adminstration unveiled a rule that would allow the federal government to detain migrant families for an unlimited period of time.

“This is yet another cruel attack on children, who the Trump administration has targeted again and again with its anti-immigrant policies,” Madhuri Grewal, policy counsel with the ACLU, said in a statement. “The government should not be jailing kids, and certainly shouldn’t be seeking to put more kids in jail for longer.”

Trump administration officials told NBC News that there would be “no limit on how long a family can be detained” under the new regulation, which is expected to be published in the Federal Register by the end of the week.

“It is beyond logic and humanity to attempt to keep children locked up for as long as possible, especially when we know that this subjects them to trauma and extreme distress,” Bell said in a statement. “Children who have already endured violence and persecution would be harmed even further by this policy.”

Once the proposed rule change is published in the Federal Register, it will be subject to a 60-day public comment period. The new regulation must also be approved by a federal court.

If the proposal takes effect, according to Buzzfeed, “it will likely result in thousands of families being detained while their immigration cases play out.”

“The ever-increasing immigration court backlog means these immigrant families could be held for months or even years,” Buzzfeed reported.

On Twitter, the Congressional Hispanic Caucus warned the rule, if implemented, will have devastating long-term consequences for children and their families.

“Flores protects migrant children from indefinite detention and inhumane conditions,” said the Caucus. “Now, the Trump admin is trying to tear it up and indefinitely imprison families. This will cause irreparable harm to children.”