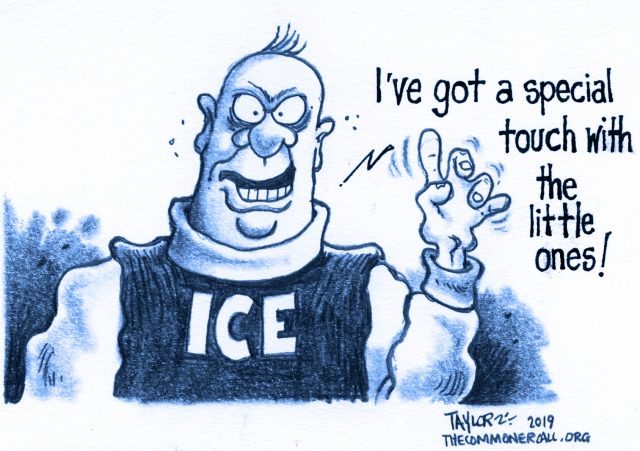 This story is part of an ongoing joint investigation between The Associated Press and the PBS series FRONTLINE on the treatment of migrant children, which includes an upcoming film.

After local Guatemalan officials burned down an environmental activist’s home, he decided to leave his village behind and flee to the United States, hoping he’d be granted asylum and his little boy, whose heart was failing, would receive lifesaving medical care.

But after crossing the border into Arizona in May of last year, Border Patrol agents tore the man’s 7-year-old son from his arms and sent the father nearly 2,000 miles (3,220 kilometers) away to a detention center in Georgia. The boy, now 8, went into a U.S.-funded foster home for migrant children in New York.

The Guatemalan father, now living in Southern California, is still struggling to soothe his son’s lasting nightmares. He says his once talkative and outgoing third-grader is now withdrawn and frequently says he wants to leave this world.

The foster care programs are meant to provide migrant children with care while authorities work to connect them with parents, relatives or other sponsors. But instead the boy told a counselor he was repeatedly sexually molested by other boys in the foster home.

A review of 38 legal claims obtained by The Associated Press — some of which have never been made public — shows taxpayers could be on the hook for more than $200 million in damages from parents who said their children were harmed while in government custody.

The father and son are among dozens of families — separated at the border as part of the Trump administration’s zero tolerance policy — who are now preparing to sue the federal government, including several who say their young children were sexually, physically or emotionally abused in federally funded foster care.

With more than 3,000 migrant children taken from their parents at the border in recent years, many lawsuits are expected, potentially totaling in the billions. Families who spoke to the AP and FRONTLINE did so on the condition of anonymity over fears about their families’ safety. …

The mother “had this lost look. She doesn’t know what tomorrow will bring.”

The massive raids by Immigration and Customs Enforcement officers at Mississippi food-processing plants earlier this month has separated a young mother from her nursing four-month-old daughter, the Clarion Ledger reports.

The mom, arrested at Koch Foods in Morton, where she had worked for four years, is now being held in a Louisiana facility while her husband cares for the couple’s three children and continues to work. He faces his own deportation hearing, but not until 2021, according to the Ledger, which didn’t reveal the identities of the parents, who fear reprisals.

All three children, who were born in the U.S., are American citizens.

Nearly 700 people were arrested in the raids, but some 300 were later released on humanitarian grounds. Many had young children. They were given notices to appear before immigration judges. …