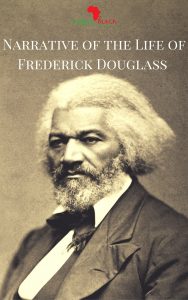 “Power concedes nothing without a demand. It never did and it never will. Find out just what any people will quietly submit to and you have found out the exact measure of injustice and wrong which will be imposed upon them, and these will continue till they are resisted with either words or blows, or with both. The limits of tyrants are prescribed by the endurance of those whom they oppress.”

And Just How Evil Are Our Tyrants?

By Mark L. Taylor
The Commoner Call (8/15/19)
This story came out late Wednesday evening…
In case you had any lingering delusions about this nation and the American “Just-Us” system, the Washington Post late Wednesday blew the whistle on that. How could this occur without Justice Department acquiescence at some level? I mean, what the hell, this high security prison housed ‘El Chapo’ Guzman for many months successfully.
We have problems far bigger than can be fixed in an election. We need a REAL opposition party to deal with the broad, systemic corporate fascist/criminal alliance now knitting together.
We are quickly slipping to Third World depths of corruption and dysfunction. The empire is about at its end.
From the Washington Post story:

“An updated autopsy of Jeffrey Epstein revealed that he had broken bones in his neck, according to the New York medical examiner.

“According to the Washington Post, the bone broken was the hyoid bone, which is often indicative of homicide by strangulation, according to experts…”

What kind of conspiracy made this possible? What elements of government, law enforcement, organized crime/CIA had to be involved and what does that say about the state of the government? Who ordered it and who pulled the strings?
All fascist states have close working alliances with criminal gangs. There are two levels (at least) to this story… one is Epstein, and fine, let him burn in hell, but the bigger, broader and more significant story that can directly impact you and your family is what does this say about the system of government that has come to have control over us all?
This is a very significant story and a deeply dark development. Epstein is an ugly footnote. The Big Story is, what happened, why and most importantly HOW? That has frightening implications for us all.
Link to Story