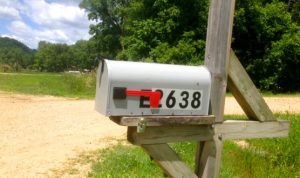 The doom and gloom from recent political events being shared by many of us is valid, but not a new development.

I take you back to the rose colored glasses many of us wore when we first heard Obama speak and the disappointment watching each promise fade into double speak.
I also take you back further to the coup that we were warned about by Eisenhower, and that manifested in the early 60’s with the JFK assassination, and proceeded all the way through Oklahoma City bombing, Granada, Central America,  9/11, Iraq, Libya, Syria, Yemen etc. The world’s policeman became the Empire, the last superpower became the biggest bully, the shining city on the hill a gated community with SWAT teams guarding the walls.
The overarching crisis is the industrial destruction of the Eco-system, and now that its rate of change has accelerated from a tipping point in a generation or two, to a final decade, the game has changed dramatically. All other struggles are related to the last gasp of an exploitative economic system hanging on with a death grip to an idea of growth that is analogous to cancer. Humanity suffers from a disease that is eating its body out, and destroying its nest.
So I am asking social/political activists to shake off the gloom/depression of the recent failures of a bought-off political system to fix itself. Now is the time to redouble our efforts to transform the species.
We are not without effective alternatives. We do not need a new magic technology. The planet holds sufficient resources for prosperity and peace for all. Everything we need lays all around us.
Tom Crofton
Richland Center, WI