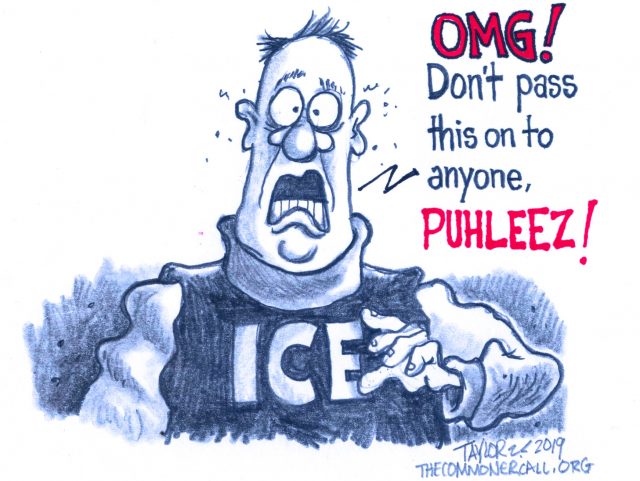 “The man appeared to be lying on a bed, with the camera aimed at the lower half of his body. She could see his dark brown shorts, legs and bare feet.”

A border agent who worked at a child detention facility in Clint, TX allegedly sent harassing messages to the mother of a 12-year-old child who was detained where he worked, according to the Washington Post. The mother filed a complaint with Customs and Border Protection about the alleged incident.

“I felt like the world was falling on top of me,” the 48-year-old mother told the Post. “I felt my son is in the hands of a bad man.”

CBP says the agency is aware of the allegations and is investigating the woman’s claims.

“The vast majority of CBP employees are dedicated, honest, compassionate and fair professionals,” spokesman Matthew F. Leas told the Post. “This alleged conduct is not in line with our code of conduct and will not be tolerated.”

This is hardly the first time a CBP agent has been accused of abuse. A recently discovered private Facebook group for current and former Border Patrol agents included violent misogynistic and racist content. Other agents have been accused of verbally abusing children, retaliating against children for complaining, and sexually abusing underage girls.

It’s unknown whether the agent accused of abuse by this woman is still working at the detention facility. CBP declined to say. …

AOC grills the Department of Homeland Security chief on the agency’s culture of dehumanization.

The intense and personal line of questioning Thursday happened as McAleenan appeared before the House Oversight and Reform Committee to testify about his role in separating migrant children from their families and worsening conditions at the migrant detention centers along the southern U.S. border.

He was also asked several times about a secret Facebook group of current and former Border Patrol agents that contained more than 10,000 members and included posts mocking migrants and the deaths of children in custody and suggesting harm to Democratic lawmakers. After the group’s existence was revealed by a ProPublica report, McAleenan announced DHS was investigating the “disturbing” and “inexcusable” posts.”