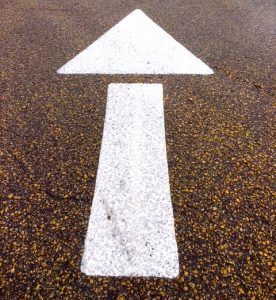 The chorus of people warning against the dangers of drifting to the left are being duped by a well-funded, Madison Avenue-style campaign that has been decades in the making.

One of the most persistent—and destructive—myths in politics is that America is a center right country politically.  It is reinforced by both parties, the press, and pundits and it has become generally accepted by much of the public.  This myth explains why folks warn against going too far to the left; about the dangers of embracing—gasp—”socialism,” and why most attempts to divine the “electability” of the multitude of candidates in the Democratic race are misguided at best.

First of all, any objective analysis of the 2018 midterms shows it was progressive candidates and voters who delivered the win.

It’s not just the centrists and the center-right who are mischaracterizing the center of American politics, it includes nominally liberal folks as well as corporate-funded liberal organizations like The Third Way and the Center for American Progress. And the debate about whether the Democratic Party is drifting too far to the left was evident in both Democratic debates.

Now is a time that demands leadership. Playing back the results of the latest poll isn’t leadership. Tapping into the progressive majority that lies well to the left of either party is.

But here’s the thing. This chorus of people warning against the dangers of drifting to the left are being duped by a well-funded, Madison Avenue-style campaign that has been decades in the making. If you look behind the labels, you’ll find that the majority of Americans have been polling liberal on an issue by issue basis for some time now,and recent surveys show that trend is only strengthening.

So why the disconnect between the labels people use to characterize themselves poltically, and what their actual political views are?

Let’s get back to that Madison Avenue campaign.  A cabal of rich conservatives—including Richard Scaife, the Koch brothers, Alice and Jim Walton, John Olin, Lynde and Harry Bradley, and our own Betsy DeVos—in conjunction with corporations, began funding what was essentially a conservative coup designed to make America more corporate-friendly and more conservative. A key part of that involved a skilled messaging campaign designed to discredit the term “liberal” and imbue the term “conservative” with a meaning that had no relationship to the individual policies they were pursuing.  Ronald Reagan was an ideal spokesman, and by the end of his first term, conservatives had effectively branded the term “liberal” as a negative, characterizing them as relatively mindless champions of big government, over-regulation, taxing and profligate spenders on hair-brained ideas.

They simultaneously invested in discrediting government as a force for good, while claiming the so-called “free market” would deliver all good things by pure serendipity.

They were extraordinarily successful. By Reagan’s second term, the word liberal became toxic.  No surprise then that folks declined to identify themselves as liberal.  And since the Democrats were embracing a center right, corporate-friendly strategy designed to allow them to lay claim to campaign contributions from corporations and the ultra-rich, there was no counter argument being made.  In a debate in which only one side shows up, they win.

But as people began to see the failure of the trickle-down and supply-side chicanery—and as wealth became more and more concentrated at the top—people began to embrace the old New Deal policies designed to limit corporate power and ensure financial justice.  Sadly, however, they had nowhere to go.

But the run by Bernie Sanders run in 2016 gave folks an alternative to Republicans—who by that time had become an unhinged anti-Enlightenment cult—and to the center-right Democrats, who represented the elites, Wall Street, and the major corporations.

But the labels stuck.  “Liberal” is still toxic, although the substitute term “progressive” is viewed more positively.  “Conservative” and “moderate” still bear the patina of prudent, sober, fiscally responsible politics. When folks quote polls like Brooks did and deploy terms like “moderate” and “conservative,” they’re not tapping into what people believe, rather they’re reinforcing the results of that well-funded PR campaign designed to benefit the uber-rich and corporations. And such is the power of the elite’s branding exercise that many are embracing the labels as a true description of the American political landscape.

Much of the media, the mainstream neoliberal Democrats, the paid punditocracy, and certainly conservatives don’t know—or acknowledge—the difference.

The problem with this, is that it makes people believe the “electability” myth surrounding candidates like Clinton and Biden, and the presumed unelectability of people like Warren or Sanders. What needs to be pointed out is that this was the very myth that gave us Trump. And—if we don’t set the record straight—it could again.

Now is a time that demands leadership. Playing back the results of the latest poll isn’t leadership. Tapping into the progressive majority that lies well to the left of either party is.  It’s time we redrew the political map around the coordinates defined by the people’s values, not the labels purchased by the uber-rich and elites.