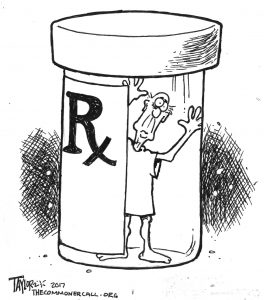 In 2015, Travis Rieder, a medical bioethicist with Johns Hopkins University’s Berman Institute of Bioethics, was involved in a motorcycle accident that crushed his left foot. In the months that followed, he underwent six different surgeries as doctors struggled first to save his foot and then to reconstruct it.

Rieder says that each surgery brought a new wave of pain, sometimes “searing and electrical,” other times “fiery and shocking.” Doctors tried to mitigate the pain by prescribing large doses of opioids, including morphine, fentanyl, Dilaudid, oxycodone and OxyContin. But when it came time to taper off the drugs, Rieder found it nearly impossible to get good advice from any of the clinicians who had treated him. 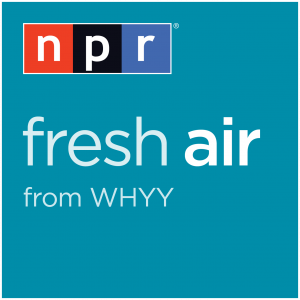 “We called everybody, and a bunch of them wouldn’t even talk to me,” he says. “And this includes the pain management team. They would not speak with me, and the message they sent through a nurse was, ‘We prescribe opioids but we don’t help with tapering.’ ”

Rieder likens his experiences trying to get off prescription pain meds to a game of hot potato. “The patient is the potato,” he says. “Everybody had a reason to send me to somebody else.”

Eventually Rieder was able to wean himself off the drugs, but not before receiving bad advice and going through intense periods of withdrawal. He shares his insights as both a patient and a bioethicist in a new book, In Pain: A Bioethicist’s Personal Struggle With Opioids.

Link to 43-Minute Audio and Transcript of Highlights

(Commoner Call cartoon by Mark L. Taylor, 2017. Open source and free for non-derivative use with link to www.the commonercll.org )

Engineered a mutant poppy to amplify the need they created.

The pharmaceutical giant Johnson & Johnson ran a “cunning, cynical and deceitful scheme” to mass-market opioid painkillers that created the biggest drug epidemic in US history, Oklahoma’s attorney general alleged in closing arguments on Monday in the first major industry trial over the crisis.

The state attorney general, Mike Hunter, is suing Johnson & Johnson for $17bn, to fund treatment and offset other costs of the epidemic in Oklahoma.

Judge Thad Balkman is expected to deliver a verdict next month. It will be closely watched, with hundreds of other lawsuits against drug makers, distributors and pharmacy chains expected to come to federal court.

Balkman was presented with two very different versions of the role played by Johnson & Johnson in an epidemic in which more than 400,000 people have died over the past two decades.

Hunter placed the company at the heart of a conspiracy by the drug industry that caused opioid prescribing to surge far beyond any other country, with one prescription being written for every American adult at its peak, driving addiction and death.

Johnson & Johnson, he said, was a “kingpin” building a “billion-dollar pain franchise” because it made money from the entire length of the production chain, from a poppy growing operation in Australia that supplied 60% of the drug used in opioid manufacturing in the US through to the sale of its own high-strength painkillers. …

BUSTED: Leaked Drug Exec Emails Showed Them Encouraging Opioid Abuse To The Point People Would Eat Them ‘like Doritos’

On Friday, the Washington Post published excerpts from a damning series of emails released in a landmark case in Cleveland around the irresponsibility of drug manufacturers and suppliers in contributing to the opioid crisis.

In one email exchange, Victor Borelli, an account manager for pharmaceuticals corporation Mallinckrodt, told KeySource Medical vice president Steve Cochrane that 1,200 bottles of 30mg Oxycodone tablets had been shipped, to which Cochrane replied, “Keep ’em comin’! Flyin’ out of there. It’s like people are addicted to these things or something. Oh, wait, people are…” and Borelli responded, “Just like Doritos keep eating. We’ll make more.” …