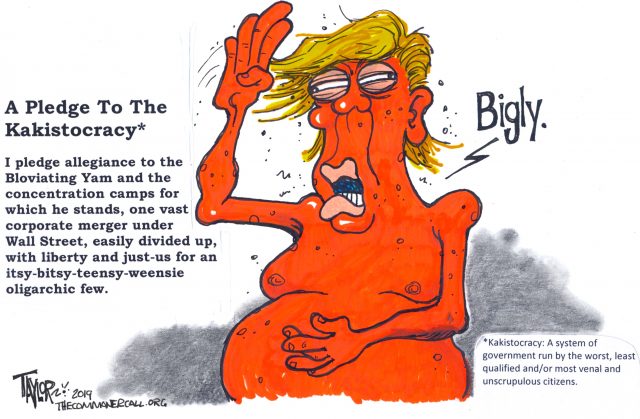 Trump’s attack against four progressive Congresswomen was an act of racism, white nationalism — and narcissism.

“More to the point, it requires challenge. America doesn’t move forward without being pushed. Speaking as someone with many family members who have served in the armed forces, I would still argue that our greatest patriots are those who fight in good faith in our communities to force this nation to own up to its original guarantees. But the aspiring strongman requires a different pledge of allegiance. This is a president who has done all he can to center the state in himself, masking his authoritarian impulse in the fog of his own incompetence. He and Republicans aren’t grasping for insults for these Congresswomen because they actually said something unpatriotic. These four House members merely disagree with Trump, who thinks of himself as the nation-state. As such, he is not a president who is looking for critical thinking from his constituents nor from his opposition. Yet critical thinking is precisely what we need in order to maximize what America can be.”