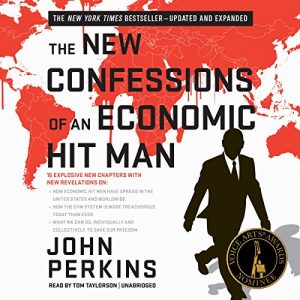 The Young Turks (6/14/19)
What is an American economic hitman? Cenk Uygur and John Perkins, hosts of The Conversation, break it down.
Link to 16-Minute Video

And Here Is How It Works…Ousted Honduran President Zelay Explains How The 2009 U.S.-Backed Coup Indebted His Nation & Fuels Today’s Migrant Crisis

Since the 2009 U.S.-backed military coup in Honduras, extreme poverty and violence has skyrocketed in the country, forcing tens of thousands of Hondurans to flee to the U.S. with the hope of receiving political asylum. We speak with ousted Honduran President Manuel Zelaya in the capital of Tegucigalpa about the 10th anniversary of the coup in Honduras, U.S. intervention in Central America and its link to today’s migration crisis.