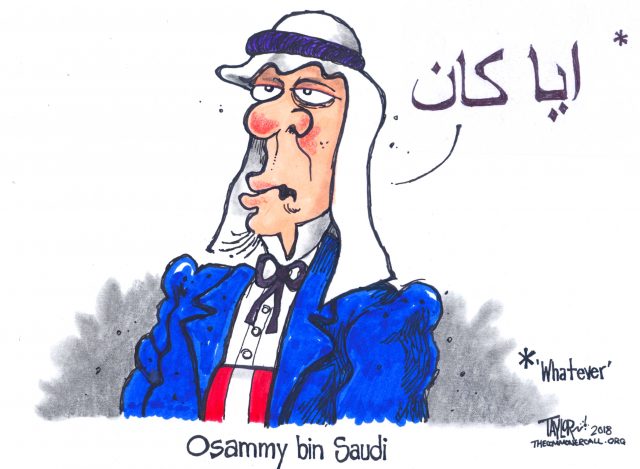 In a thorough and damning report on the murder of journalist Jamal Khashoggireleased Wednesday, United Nations special rapporteur Agnes Callamard found that Khashoggi was “the victim of a brutal and premeditated killing” that was likely orchestrated by top officials in the Saudi government, including Crown Prince Mohammed bin Salman.

“Evidence points to the 15-person mission to execute Mr. Khashoggi requiring significant government coordination, resources, and finances,” Callamard wrote. “Every expert consulted finds it inconceivable that an operation of this scale could be implemented without the crown prince being aware, at a minimum, that some sort of mission of a criminal nature, directed at Mr. Khashoggi, was being launched.”

On top of the 101-page report’s (pdf) conclusion that the Saudi kingdom is responsible for the killing, Callamard’s findings also provided “chilling” new details of the final moments leading to Khashoggi’s murder last year.

Trump publicly smeared Khashoggi with Saudi government talking points and warned that breaking relations with the kingdom over the journalist’s murder would cause oil prices to rise.

According to Callamard—who listened to audio recordings provided by Turkish authorities—Saudi agents Maher Mutreb and Dr. Salah Tubaigy discussed how they would dismember and dispose of Khashoggi’s body just minutes before he entered the Saudi consulate in Istanbul to obtain marriage papers.

“Joints will be separated,” Tubaigy told Mutreb, according to Callamard’s report. “First time I cut on the ground. If we take plastic bags and cut it into pieces, it will be finished.”

Mutreb described Khashoggi as a “sacrificial animal,” according to audio obtained by Callamard.

“Assessments of the recordings by intelligence officers in Turkey and other countries suggest that Mr. Khashoggi could have been injected with a sedative and then suffocated using a plastic bag” after he entered the consulate, Callamard wrote.

Khashoggi’s remains have yet to be found, and—despite the evidence implicating top Saudi officials in the killing—the Trump administration has yet to blame the Saudi kingdom.

As Common Dreams reported last November, Trump publicly smeared Khashoggi with Saudi government talking points and warned that breaking relations with the kingdom over the journalist’s murder would cause oil prices to rise.

The Trump administration is currently working to bypass Congress to sell the Saudis billions of dollars in weapons, which critics warned the kingdom could use to intensify its assault on Yemen.

Callamard said her findings, which are the product of a five-month probe, demand further investigation into the Saudi crown prince and other officials who may have played a role in the murder of Khashoggi.

The report also calls on the U.S. government to launch an “FBI investigation into the execution of Mr. Khashoggi… and pursue criminal prosecutions within the United States, as appropriate.”