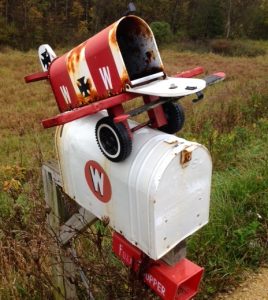 Mark Taylor’s commentary [The Price Of Money: Political & Moral Defeat 6/13/19] about the disparity of funding between Clinton and Trump during the 2016 election was well constructed and informative but does not diminish the corrupt influence that money has had on our electoral process, and our democracy as a whole. Greed, PAC’s, billionaire donors have poisoned our democratic principles, and will continue to do so unless our politicians have the courage (quite doubtful) to reconstruct the funding process for political office.

Here’s another problem with our current funding system. Many potential, highly qualified candidates for office often lack the resources and connections to raise sufficient funds to mount a viable campaign. In 2016, we were faced with choosing between a candidate who was fundamentally incompetent (guess who) and another candidate who was uninspiring and the product of self-serving political ambition. No doubt, many other individuals would have been better qualified to lead our nation, but unfortunately lacked the political clout and ability to create a funding apparatus to gain a foothold in the electoral process.

Although multiple factors, not just one, come to bear on the final outcome of our elections, I would argue that the most significant influence is the candidates’ exposure to and relationship with the media, both positive and negative. Over the past 70 years, with the advent of TV, social media, deepfake videos, voters have become overly reliant on the telegenics of our candidates, and not the substance of character or policy. Years ago, it would be unimaginable that a person who explodes with bombastic buffoonery, a simpleton as well, could ever become the leader of the free world. Unfortunately, the symbiotic relationship between politicians and the media has created opportunities for such individuals to thrive and reach positions of incredible power. Although he has called the press the “enemy of the people”, these calculated remarks are cleverly designed to manipulate the media and exploit the voters. He is masterful at these diatribes, and they should not be overlooked, but feared because there is more to come.