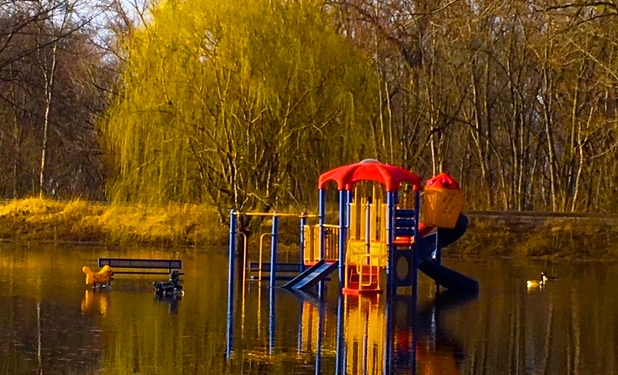 Three federal judges heard arguments Tuesday about whether young people have a constitutional right to be protected from climate change. In the lively, hourlong hearing, the judges, from the Court of Appeals for the Ninth Circuit, pushed skeptically on the arguments of both sides.

The closely watched lawsuit, Juliana v. United States, was scheduled to begin last October, but the court granted the Trump administration an unusual pretrial appeal. Their decision could have important implications for this and other attempts to use the courts to pursue climate action across the United States.

A brief filed by the plaintiffs in the case demands that the government step up to protect today’s children, and future generations, from the worst effects of climate change. It says they risk being deprived of their “rights to life, liberty, property, and public trust resources by federal government acts that knowingly destroy, endanger, and impair the unalienable climate system that nature endows.”

The federal government wants the case dismissed before it can even go to trial, but the brief argues that “These young people deserve that chance to present their full case against those who through their governance harm them, and let the light of justice fall where it may.” The plaintiffs have also asked the government to put the brakes on new fossil fuel extraction projects while the case is pending. …

“I am only a messenger.”

Upon realizing her generation won’t have a future unless the world’s politicians act now on climate change, then 15-year-old Greta Thunberg skipped school in August 2018 to protest outside the Swedish parliament. What started as a one person strike soon gained global momentum. In ‘Make The World Greta Again’, we follow Greta and the organizers of the school strikes for climate as they are cementing a worldwide movement ahead of their first global protest that took place on March 15th, 2019. It was the biggest climate strike in history with up to 1.6 million students in more than 125 countries.

“Stealing our future not allowed!”