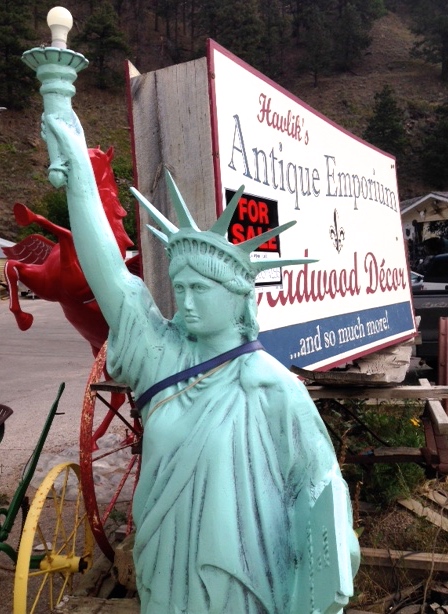 Remember when Republicans ran on a law and order platform?  Well, nowadays, we’ve got a President – in fact an entire Party — at war with the idea of the rule of law in general, and any constraints on corporations in particular.  Democrats console themselves with the idea that this can all be righted in the next election.  Vote Trump out, retain the majority in the House, and win the Senate.  Problem solved.

Except it isn’t.  McConnell and Trump are doing everything they can to hand over the Judiciary — lock, stock and barrel — to a collection of extreme partisans who have no regard for the rule of law and regardless of who wins the election, that could leave us with a country which is firmly in the hands of the oligarchy.  Since 1801, when Marbury v Madison established the right of the Supreme Court to interpret the Constitution, the Judiciary has had the power to strike down laws, statutes, and some government actions such as executive orders.  As long as this power remains in the hands of extremist ideologues, democracy and the rule of law are threatened, and corporations and monied interests will continue to get a free pass.

With issues such as gerrymandering, limits on money in campaigns, and regulatory authorities covering everything from the climate crisis to Wall Street excesses, democracy itself is in jeopardy. It was Roberts’ and crew who took Citizen’s United from a simple question about a nonprofits’ legal rights in an arcane part of the McCain Feingold Campaign Finance Law and converted it into a case that called the entire law into question.  Having performed that bit of evil legal alchemy, they then declared the whole thing illegal.

Here again, Democrats were complicit.  They participated in the four decade give-a-way to corporate America, and they failed to take on the radical business bias in Republican nominees to the courts.

When Thomas, Roberts, Alito, Gorsuch and Kavanaugh went through their hearings, two things dominated concerns expressed by liberals: Roe v Wade, and scandals of one kind or another and much of the questioning from Democratic Senators during their confirmation hearings reflected that.  The fact that these Justices basically supported an extremist view of corporate rights that subordinated individual rights was largely ignored, except in the case of Gorsuch, who was pressed effectively on this issue by former Senator Al Franken.

Now and then, you can still hear folks suggest that the system will right itself, with conservatives afraid that if they are too overt in their grab for power, liberals will use their rollbacks of rules to their own advantage when and if they get in power. This is the same argument which folks said would constrain Mitch McConnell from rewriting the Senate rules shortly before he illegally pocketed the nomination of Merrick Garland and subverted the Senate rules protecting the minority.

In the old days, the Parties had different philosophies about how to interpret the Constitution. Most Republicans claimed to be “originalists,” “strict constructionists” or “textualists,” which essentially meant they viewed the Constitution through a lens shaped by the context and time of its framers.  In short, it was an essentially static document and the stated views of the framers and the philosophy in place some 229 years ago was the absolute and final say on what the Constitution meant.  Democrats, on the other hand, believed the document was written to be flexible; that the framers had the wisdom to structure the Constitution so that it could and would evolve as the times and context changed.

Either way, it meant there was at least some consistent philosophy guiding – and constraining – judges.  If you were a liberal, you might not like what a conservative brought to the bench, but at least you could know how they would approach legal questions.

The same was true for conservatives. Liberal jurisprudence would be more pragmatic; less constrained by the context of an agrarian society of 2.5 million people and just 13 states, but it would be shaped by – and tempered by — precedent and the Constitution.

Moreover, both conservatives and liberals were constrained by stare decisis – which literally means “to stand by things decided.”  The doctrine of precedent, in which courts were constrained by decisions that came before, meant that legal philosophies – whether liberal or conservative – could change law only slowly and that there was a center, around which both extremes rotated, like planets tied to a sun.

The commitment to honor settled law, and the idea that each side was constrained by its political philosophy blunted the courts’ ability to be too partisan.  For example, no less an originalist than Antonin Scalia would find himself issuing opinions that went against the grain of partisan politics upon occasion — for example, in his defense of flag burning as free speech.

No more.  Beginning with Bush v Gore, conservatives in the modern Court began to toss precedent out the window, and embrace partisanship.  Now there is no core jurisprudence governing their deliberations; it is all about power and advancing a conservative, corporate-friendly agenda, with little or no regard for what the Constitution says.  Originalism is now a pretext invoked – with no coherent or consistent philosophy – only when it furthers the agenda of extreme right-wing ideologues, corporate shills, or the ultra-rich.

The only constraint on the Court’s extremist views is Justice Roberts’ concern about his legacy as the Chief Justice.  In a few cases, it has tempered his decisions, as in his vote on Obamacare, but his corporatist bias remains his legal polestar.  Indeed, one could argue that Obamacare – with its preemptive capitulation to the health insurance industry – was a corporate-friendly law.

Trump and McConnell are doing everything possible to pack the courts with folks who have a higher regard for business than they do for the Constitution, and if they succeed, long after Trump and his Congressional sycophants are gone, the corporate hacks passing themselves off as originalists could be dominating the judiciary, and keeping the nation well to the right of where it would otherwise be.