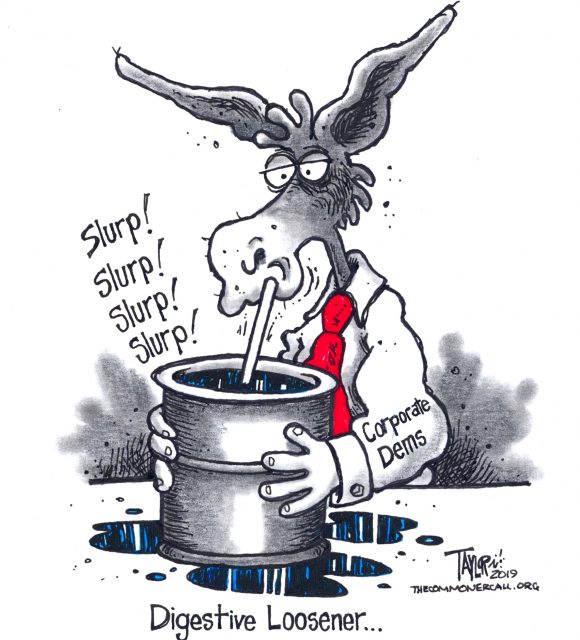 DNC threatened not to invite him to future debates if he participated in any other climate change debate.

Washington Gov. Jay Inslee said Wednesday the Democratic National Committee informed him it will not dedicate one of its presidential primary debates to the issue of climate change.

The decision comes despite a furious push from progressive and environmental advocates for a climate change debate, as well as strong support across the Democratic ideological spectrum. At least half a dozen Democratic candidates, including Sens. Elizabeth Warren (D-Mass.), Bernie Sanders (I-Vt.), Kirsten Gillibrand (D-N.Y.), Michael Bennet (D-Colo.) and former Obama cabinet official Julián Castro, have backed the idea.

Inslee, who led the push among presidential candidates and has made climate change the centerpiece of his campaign, called the decision “deeply disappointing” and out of step with Democratic primary voters. He also said the organization threatened not to invite him to future debates if he participated in any other climate change debate.

“The DNC is silencing the voices of Democratic activists, many of our progressive partner organizations, and nearly half of the Democratic presidential field who want to debate the existential crisis of our time,” Inslee said in a statement. “The climate crisis merits a full discussion of our plans, not a short exchange of talking points.”

Inslee continues to roll out policies outlining his plans for combating climate change.

On Wednesday, he unveiled his strategy for international engagement on the issue, which emphasizes rejoining a host of international climate pacts beyond just the Paris accord; applying stronger climate requirements for trade agreements and ending fossil fuel subsidies around the world. …

(Commoner Call cartoon by Mark L. Taylor, 209. Open source and free for non-derivative use with link to www.thecommonercall.org )

Biden has a long history of plagiarism scandals.

Almost immediately after releasing a climate plan Tuesday that green groups slammed as woefully inadequate in part due to its embrace of industry-backed proposals such as “carbon capture,” presumptive 2020 Democratic frontrunner Joe Biden faced accusations of plagiarizing language from a number of sources, including a coalition consisting of major fossil fuel companies.

Josh Nelson, vice president of the progressive organization CREDO Mobile, was the first to highlight possible instances of plagiarism in Biden’s plan, noting on Twitter that the section “about carbon capture and sequestration includes language that is remarkably similar to items published previously by the Blue Green Alliance and the Carbon Capture Coalition”—two organizations backed by major fossil fuel companies and labor unions.

Biden’s proposal to confront the climate crisis—which was released amid growing pressure and criticism from grassroots environmental groups—reads like a “cribbed plan.”

In a paragraph about carbon capture, the former vice president’s plan—which has since been updated with citations—read: “Biden’s goal is to make CCUS a widely available, cost-effective, and rapidly scalable solution to reduce carbon emissions to meet mid-century climate goals.”

The line from Biden’s plan, as Business Insider reported, was “almost identical to the ‘our work’ section of the website for the Carbon Capture Coalition’s Center for Climate and Energy Solutions.”

In response to the plagiarism accusations—which spread rapidly on social media and were picked up by a number of media outlets—Biden’s presidential campaign said“citations were inadvertently left out of the final version of the 22-page document.”

“As soon as we were made aware of it, we updated to include the proper citations,” the campaign said in a statement.

While some observers noted that it is hardly uncommon for presidential candidates to take policy language from advocacy groups and other sources, Nelson told USA Today that parts of Biden’s plan stood out because they “looked like the type of thing the coal industry, trade groups, and coal companies themselves say about carbon capture and sequestration.” …