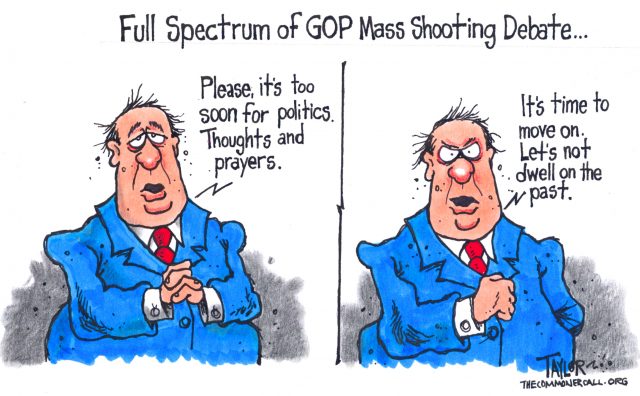 Suppressors are currently legal in 42 states and gun activists are pushing to deregulate them.

The shooting in Virginia Beach, in which a disgruntled city employee killed 12 people at a municipal building, is the deadliest mass shooting so far in 2019.

But it is also “ominous” for one other unusual reason, wrote Harvard professor and former Homeland Security official Juliette Kayyem in the Washington Post: the shooter used a suppressor, or as it’s known in common language, a silencer.

“What ends lives? Gunfire. What saves lives? The sound of gunfire,” wrote Kayyem.

“Gun violence in America is unique not simply because of our culture but also because we have lawful weaponry that can kill many people very quickly. In terms of death-to-time ratio, single-shot weapons are preferable to multi-round handguns and handguns are preferable to the semiautomatic, and the favorite of mass shooters, the AR-15. It’s a simple calculation of time,” wrote Kayyem. “But the Virginia Beach killer seemed to want the anonymity of silence, a tool of the coward, not one seeking fame or a blaze of glory. None of the videos or manifestos we’ve seen from New Zealand to Las Vegas appear to be part of the Virginia Beach story. The killer wanted silence.” …