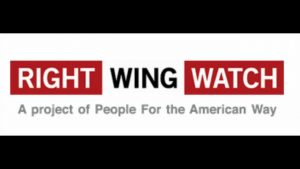 Dave Hayes, a self-declared prophet, Christian author, and online activist who is better known as the “Praying Medic,” streamed a video on Periscope last night in which he declared that President Trump’s political enemies—including Hillary Clinton, Barack Obama, and other supposed members of the “deep state”—will soon be swept up in mass arrests, tried, and executed for treason. Hayes is one of the leading proponents of the QAnon conspiracy theory, and his videos promoting and explaining QAnon’s cryptic postings have racked up hundreds of thousands of views on YouTube.

“I’m here to tell you,” he said, “these people are going to face prosecution, they’re going to face serious jail time, and some of them will face the death penalty. There is no other way forward … Trump declared war against them, and they know that they are facing life in prison or possibly a death sentence.”

“This is a winner-take-all game, and Trump is either going to prosecute them and put every one of them in jail and probably have a lot of them executed, or they are going to come after him and kill his family,” said Hayes.

Hayes predicted that America will soon witness something akin to the mass arrests that played out in Saudi Arabia in 2017, when the government arrested hundreds of people in a supposed crackdown on corruption.