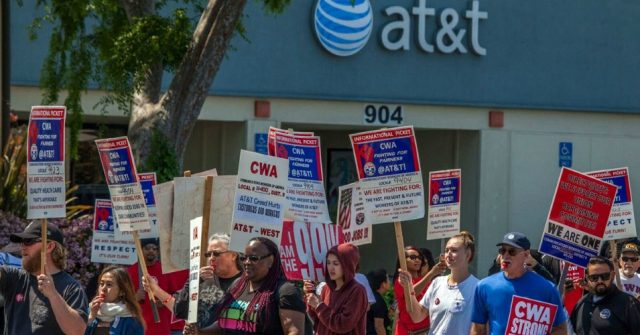 AT&T promised to create thousands of new jobs as President Donald Trump’s tax legislation moved through Congress in 2017—but the telecom giant has done precisely the opposite since the bill became law, while raking in over $20 billion in extra profits.

That’s according to an analysis published Monday by the Communications Workers of America (CWA), which found that AT&T has slashed 23,328 jobs since Congress passed Trump’s tax bill in 2017, including nearly 6,000 in the first quarter of 2019 alone. 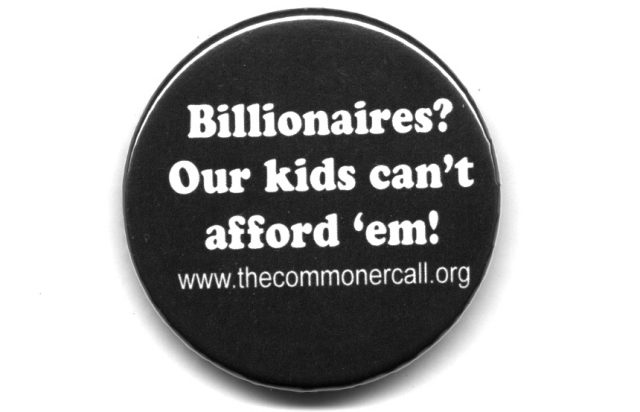 While slashing jobs, AT&T hiked executive pay and cut capital investments by over a billion dollars—contrary to the promises of CEO Randall Stephenson. AT&T also “paid no cash income taxes in 2018.”

Meanwhile, according to CWA, AT&T has reaped $21 billion in tax cuts thanks to the Republican law, with $3 billion in annual savings expected in the future.

“What AT&T is doing to hardworking people across America is disgraceful,” CWA president Chris Shelton said in a statement. “Taxpayers aren’t going to let AT&T get away with receiving over $21 billion in tax cuts and then destroying the livelihoods of tens of thousands of people.”

Where are the jobs?

“Congress needs to investigate AT&T to find out how it is using its tax windfall since the company’s own publicly available data already raise serious alarm bells,” Shelton said. “AT&T got its tax cut. Where are the jobs?”

While slashing jobs, the CWA analysis found, AT&T hiked executive pay and cut capital investments by over a billion dollars—contrary to the promises of CEO Randall Stephenson.

“AT&T lobbied for the tax bill and said it would use its resulting increased profits to create more good middle-class jobs and raise wages, but the company continues to eliminate jobs, devastating workers throughout the country,” said CWA. “Last week, AT&T announced it is laying off an additional 368 technicians represented by CWA in California.”

A new iPhone could cost about $160 more.

Prices are about to jump for a lot of consumer goods, thanks to President Donald Trump’s trade war with China.

The president has added a 25-percent tariff on another $200 billion worth of Chinese imports, and China responded with 25-percent duties on another $60 billion in American goods — and that will hit U.S. consumers as soon as this summer, reported NBC News.

“The supply chain will try to absorb as much of the blow as they can, then they will move those costs forward to consumers,” said David French, senior vice president of government relations at the National Retail Federation.

Retailers are stockpiling merchandise in hopes of riding out a trade war, but those supplies will eventually run out — and consumers will pay more.

Consumers are already paying up to 225 percent more for imported washing machines, thanks to tariffs imposed last year, and a report from Oxford Economics estimated that tariffs could cost every American household about $800.

Those costs will hit cleaning products, diapers, food, luggage and mattresses in about a month, and additional tariffs could raise costs on camping equipment, clothing, shoes and sporting goods.

Robert Reich: Why We Need A Wealth Tax

Robert Reich explains why we must tax wealthy estates in order to reduce inequality.