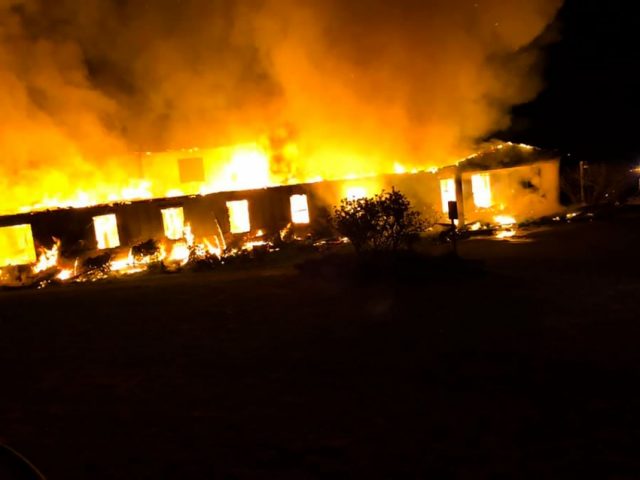 The main office building of the historic Highlander Research and Education Center in New Market, Tenn., burned to the ground March 29. Later that day, white supremacist graffiti was found in the parking lot.

Thankfully, no one was harmed in the fire. But as one of countless organizers and activists who have passed through this center for popular education, I felt its loss deeply. Founded in 1932, Highlander (originally called the Highlander Folk School) connected democratic education with labor, community organizing and civic engagement. It was a meeting place and training grounds for generations of labor, civil rights and social justice activists. Rosa Parks and John Lewis made appearances, and Martin Luther King Jr. spoke at Highlander’s 25th anniversary.

Labor, civil rights and social justice activists have trained at the historic Highlander Research and Education Center for generations.

So when I saw a video on social media of the building being razed, I was taken back to the summer of 1998, when a group of about 45 Teamster organizers, warehouse workers and truck drivers from around the country gathered at Highlander to learn how to take on a formidable opponent: Overnite Transportation Company (part of the Union Pacific Corporation), based in Richmond, Va., the largest non-union trucking firm in the United States at the time. Overnite had resisted Teamsters’ organizing efforts since 1994. Recognizing we needed a continual pressure campaign for the company to take bargaining seriously, we sought inspiration for more aggressive tactics from civil disobedience activists at Highlander.

This was the same building I remember from 1998. It was octagonal, and workshops were held in a large room with rocking chairs arranged in a circle, a symbol of respect, dignity and welcome. Everyone had an equal chance to participate in discussion, tell stories and connect.

Movement for social and economic justice

Our discussions at Highlander not only provided practical strategies for organizing and union building, but a way to connect to a larger movement for social and economic justice and the long history of organizing in the South.

One day, we received a visit from Candie and Guy Carawan, the folk singers who introduced “We Shall Overcome” into the civil rights movement. The two had been very involved with Highlander during the 1960s, sharing union songs and encouraging musicians to get involved in organizing.

“We Shall Overcome” was a gospel song said to have originated as a work song among enslaved people in the fields. Its first documented political use was among striking tobacco workers in Charleston, S.C., in 1945. In 1947, two of those workers attended a workshop at Highlander, where they taught the song to Zilphia Horton, Highlander’s music director. Zilphia began using the song in workshops, which had been racially integrated for years, and attendees felt the song brought black and white organizers closer together. …